Egypt was set to further widen a row with the United States by announcing on Saturday that it would go ahead with a trial of foreign democracy activists, including 19 Americans, on February 26.

A court set the date for the start of the trial of 43 suspects – who also include Serbs, Norwegians, Germans, Egyptians, Palestinians and Jordanians -in a crackdown on NGOs accused of receiving illegal foreign aid, state media announced.

The defendants are charged with “establishing unlicensed chapters of international organizations and accepting foreign funding to finance these groups in a manner that breached the Egyptian state’s sovereignty,” official MENA news agency reported.

Officials had previously said 44 suspects would face trial.  Several of the American suspects have sought refuge in their embassy in Cairo as Washington hinted that the crackdown could harm its longstanding ties with the Egyptian government.

The main suspect, Sam LaHood, is the son of US transportation secretary Ray LaHood and heads the Egyptian chapter of the International Republican Institute.

The other foreign NGOs targeted are the National Democratic Institute,  the US International Center for Journalists and Freedom House, all from the United States, and the German Konrad-Adenauer Foundation.

In the list of charges, the five groups are accused of receiving roughly $48 million (36.5 million euros) in illegal funds.

Prosecutors, backed by police, raided the groups’ offices in December, confiscating their equipment and sealing their doors.

Activists say the raids, which coincided with growing dissent against Egypt’s military rulers, was part of a campaign to stamp out opposition to the generals who took charge after an uprising overthrew president Hosni Mubarak a year ago.

The trials of the activists have sparked an increasingly acrid row between Egypt and Washington, which annually funds Egypt’s military with more than one billion dollars.

US lawmakers from both parties have stepped up their warnings that Egypt’s crackdown will force a review of the $1.3 billion in US military aid to the longtime Middle Eastern ally if the crisis is not quickly resolved.

“I truly believe we are approaching a precipice beyond which our bilateral relations could suffer permanent damage,” Democratic Representative Gary Ackerman said last week.

Fayza Abul Naga, the Egyptian international cooperation minister widely seen as the driving force behind the probe, told investigating judges Washington funded them to cause “chaos” in Egypt.

“The United States and Israel could not create a state of chaos and work to maintain it in Egypt directly, so they used direct funding to organizations, especially American, as a means of implementing these goals,” she said in her recently published testimony.

On Saturday, the government’s flagship Al-Ahram newspaper reported that the top US military general, Martin Dempsey, had asked during a visit to Cairo this month for Egypt to allow the American suspects to fly back with him.

His request was turned down by Egyptian officials who told him it was up to the judiciary to lift the travel ban in place on the defendants, the newspaper said. 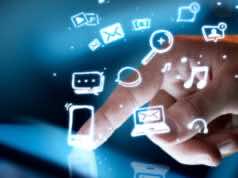