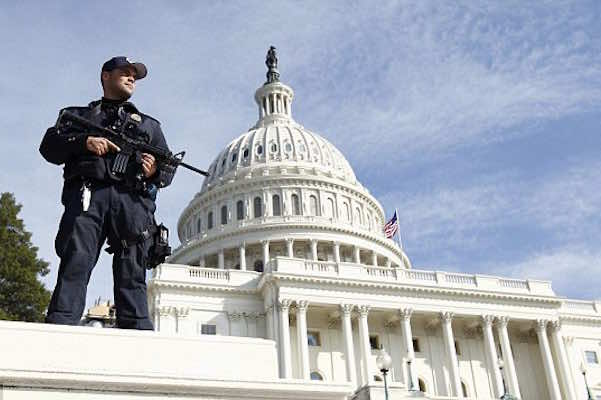 Boston – A Male in his late twenties of Moroccan citizenship was arrested last week for allegedly plotting to blow up the Capitol building in Washington D.C. Whether or not you object to the entrapment scheme set by the FBI that ultimately netted this Moroccan fellow is a matter of great intellectual salience.

It is certainly a topic that should occupy a prominent space in public discourse. But it is still of peripheral importance if weighed against whether Moroccans should feel any kind of discomfort given that they share the same national roots with the accused.

If I were to take count of all the expressed and implied apologies that Moroccans and Moroccan Americans have managed to scratch up on their Facebook accounts or on their tweets, I would modestly set that in the hundreds.

While condemning terrorism in all its variant forms and shapes is never a topic a of contention, I am having a hard time coming to terms with the idea that I should somehow feel any kind of guilt every time an accused or convicted terrorist’s identity is found to intersect with mine at some level.

When it comes to identities, the word motley springs to mind; my identities stack up in a way that confuses the heck out of even the well traveled anthropologist.  I am an Arab, a Muslim, a Moroccan, an Amazigh, and yes, I am also an American who is still fighting a fierce battle “to represent” (to use a uniquely hip-hop charged term).

There seems to be a militant mentality out there very hard at work denying Muslims and Arabs their right to be American, and the right to feel at home. The double speak is just as troubling as the blatant hate rhetoric that we hear around the issues of building houses of worship, Congressman King Hearings and so forth.

There are those who believe that a citizenship acquired through naturalization may entitle Arabs and Muslims to certain rights but does not qualify them to represent America as a nation. In other words, when it comes to Arabs and Muslims, citizenship is a legal status not a national identity or a home. The message that is being inculcated in the minds of media consumers is that a full fledged American has to look a certain way; has to speak a certain way and those who do not conform are just American Citizens not quiet Americans and subsequently not part of the narrative of the American nationhood. (NBA rising star Jeremy Lin will have no problem understanding these words).

I am somehow expected to issue a litany of unequivocal apologies to the world whenever someone is brought up on terrorism charges happens to meet me at any level of this multi layered affiliations.

Truth be told, no one is explicitly asking us Moroccans to issue an apology. We have acquiesced to this disturbing ethos that justifies guilt by association and which tends to be much more pronounced when the accused is Arab or Muslim. We have neither fought it not condemned it but instead spent much of our energy redundantly condemning terrorism knowing full well that we are simply stating the obvious. Terrorism is to be condemned ipso facto.  Fostering and promoting this environment where guilt by association thrives is precisely what we should all incessantly denounce in the harshest of terms

I was quite surprised at the number of people who freely jumped into this wicked vortex of having to apologize and to distance themselves from the accused. I don’t think it is reasonable to make a statement or issue an apology every time a Moroccan is charged.

I am so keen on abiding by the laws of the land; I am just failing miserably at grasping how someone’s madness can tarnish my reputation for which I then have to act contrite. And yes, I did say “madness”. Moroccans are also entitled to their fair share of loonies.

Founder of the Muslim American Civic and Cultural Association (MACCA), Mohamed Brahimi has led efforts to increase political and civic engagement among the local Muslim community. He was the Managing Director of a bi-monthly publication that caters to Moroccans and Muslims and propagates the importance of volunteerism and participatory citizenship. He has worked in numerous research endeavors as a voice for the Muslim community with Harvard University and the Institute of Community Health. He is also a Board Director of one of Massachusetts largest non-profit organizations. He has also worked with other immigrant groups on issues of great relevance such as hunger, poverty, toxic loans, and racism. He is currently working on the topic of Bicultural Stress.