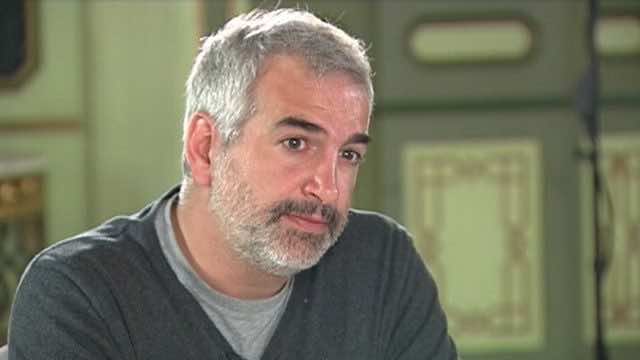 Rabat – The sudden and tragic death of Anthony Shadid affected me in ways I had not anticipated. As a childhood asthma sufferer, I always pay attention when I hear about such death-causing attacks, but Mr. Shadid’s untimely death in Syria left me wondering about how a man who had endangered his life to report on the troubled region of the Middle East was destined to die in the land of his ancestors.

I don’t know much about his life beyond what has been reported, but through a brief exchange I had with him recently, I now read his death as part of the dramatic encounter between the Middle East and the United States since the late nineteenth century.

The story for me begins with Mr. Shadid’s relative, Dr. Michael Shadid, an unsung national hero.  A couple of years or so ago, I came across the story of one Michael Shadid, a progressive Syrian (as Arabs from the Levant were known at the turn of the 20th century) immigrant who tried to change healthcare in the United States and left a legacy that could inspire us today as we desperately search for the right solutions. I also wrote about him on TingisRedux .

Born in a tiny village on the slopes of Mount Lebanon in 1882, in a household of nine siblings and a widowed mother, Michael Abraham Shadid overcame nearly insurmountable odds to get an American education in Beirut before finding a way to get out of his native land in search of a better life in the United States. Like many immigrants, he was mesmerized by the sight of New York and America’s possibilities.  He worked hard peddling jewelry and trinkets, got a medical education, and, moved by the suffering of poor people in Oklahoma, fought against entrenched interests to establish the first cooperative medical facility in Elk City.

Dr. Shadid initiated a prepayment plan of $25 that covered families and put doctors on salaries. When the hospital was inaugurated in 1931, Dr. Shadid gave a stirring speech:  “I am convinced,” he said, “that private ownership of hospitals is wrong and detrimental to the best interests of the masses of mankind, physically, morally, and financially, in this and every other country in the world.”  The man Time magazine called “swarthy little Syrian” in 1939 endured vicious attacks from the American Medical Association and others in a dogged pursuit of his goal.  The Community Hospital served a needy population for 25 years before closing in 1955.

Last month, I wrote Anthony Shadid to ask if he was, in any way, related to Dr. Michael Shadid.  Anthony took the time to reply from Lebanon, saying that Dr. Shadid “is indeed a cousin and actually saved my grandfather’s life.” Anthony added: “I keep thinking that I want to do either a documentary or a book on him, and I’ve been collecting material for years. His story is remarkable.”  I encouraged him to do so and offered my center’s support, if needed.

The connections and ironies grow more poignant.  After a successful career in the United States, Dr. Michael Shadid tried to go back to Syria (again, as the region was known) in order to give back to his native land.  He was disabused of his longings the moment he arrived. Religious sectarianism and bribery were as rampant as he had left them.  After one month, he packed up and left, never to return again.  The United States, whatever its shortcomings, was his real home. He passed away in his adopted land in 1966.

Some 56 years later, his cousin Anthony would die in the land Dr. Shadid gave up on. And like his older relative, he left a legacy that would make the Shadids and America proud.

Anouar Majid is director of the Center for Global Humanities at the University of New England. He is author, most recently, of Islam and America: Building a Future Without Prejudice. He is a contributor to Morocco World News.