Washington- The U.S-Morocco Peace and Friendship Treaty is "the longest unbroken treaty relationship to which the United States is a party," said Peter Pham, director of the Michael S. Ansari Africa Center at the Atlantic Council. 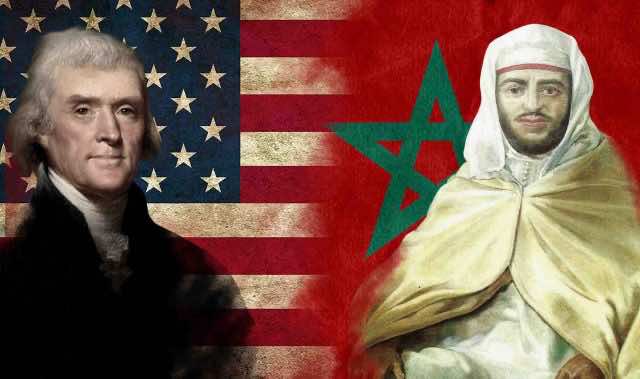 Washington- The U.S-Morocco Peace and Friendship Treaty is “the longest unbroken treaty relationship to which the United States is a party,” said Peter Pham, director of the Michael S. Ansari Africa Center at the Atlantic Council.

“On July 15, 1786 (18 Ramadan 1200), in Marrakech, American agent Thomas Barclay was handed the final protocol of the Treaty of Peace and Friendship by his Moroccan counterpart Taher Ben Abdelhack Fennish,” said Pham in an article commemorating this anniversary.

He added that the certified translations of the Treaty was signed by Thomas Jefferson and John Adams as ministers plenipotentiary and ratified by Congress the following year on July 18, 1787.

“The long-term success of the partnership which emerged from the treaty contains lessons which are still relevant as Washington seeks to strengthen or forge links with other African countries, especially those along the Atlantic coast of the continent,” Pham said.

The 1786 treaty with Morocco, the first to recognize the independence of the United States in December 1777, covered everything from diplomatic relations to non-hostility and access to markets on the basis of “most favored nation”, he went on to say.

He also noted that security interests help consolidate other ties as “the final article to be attached to the treaty was a security provision that was most beneficial to the young American nation at a time when its merchant shipping was often preyed upon by various European warships.”

This protection “has over the centuries evolved to the point where Morocco is one of just over a dozen countries to enjoy the designation of “Major Non-NATO Ally of the United States,” said the geo-strategic expert in Africa, Maghreb and the Sahel.

“More than two centuries after its signing,” he argued, “the pact has proven to have justified both the farsightedness of Mohammed III and the efforts of Washington, Adams, and Jefferson.”

Pham concluded that Morocco remains a major ally, moderate and reformist country for the United States as well as a geostrategic springboard for links presently being forged in the increasingly important areas along the Africa’s Atlantic coast.

US Official: Morocco Remains US’ Main Partner in Fight Against Terrorism 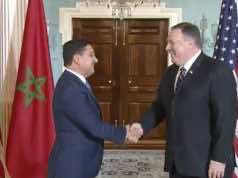 Bourita and Pompeo Discuss Western Sahara in Meeting in Washington