Minister delegate to the Foreign minister Youssef Amrani held, on Monday in Rabat, talks with Chinese vice-Foreign Minister Zhai Jun on the building of a new strategic partnership based on political dialogue and shared interests.

Amrani told the press that the meeting is part of the constructive and regular dialogue between Morocco and China, adding that the two countries share the same viewpoints on international and regional issues relevant to both countries.

The talks focused on the possibility of strengthening relations between Morocco and China on the basis of mutual respect and common interests, Amrani said, highlighting that China is an important partner for Morocco.

The two parties agreed to strengthen political dialogue and economic partnership by involving all stakeholders, including businessmen, because of the importance of China’s foreign investment.

They also discussed issues submitted to the UN Security Council, such as the situation in Syria and Africa, as well as issues related to the economic and social development.

The Chinese official lauded the relations of cooperation and friendship between the two countries in all fields, underscoring joint efforts by both countries to take advantage of the great potential offered by bilateral cooperation. 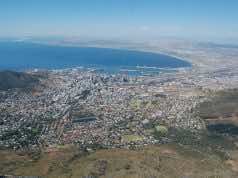