The 6th edition of the Fez Festival of Sufi Culture will be organized in the spiritual city April 12-14 under the theme “Sufi Sapiens” –Hikam. The Festival will include round-table discussions, conferences and concerts with the participation of a number of eminent names that have marked the path of mysticism in Islamic cultural heritage.

The Sufi culture comes in a range of creative forms, such as poetry, story-telling and educational and philosophical lessons. It stems from the “culture of governance,” which is considered as an extract of the spiritual mystical paths of the Sufis and an assembly of their intensive experiences or at the level of behavior.

The Association of the Fez Festival of Sufi Culture has organized a diverse program for the 6th edition, which will be based on the brainstorming and exchange of knowledge, ideas and thoughts among many national and international specialists in the field of mysticism and Sufism.

Meetings will include a series of seminars and lectures centered on the topics of “The Sufi culture of Governance in the Sufi Mystic Text” and “Hikam and Poetry in the Work of Muhammad Iqbal;” Muhammad Iqbal is among the Sufis who will be celebrated and honored during the 6th edition of the Fez Festival of Sufi Culture.

The participants in the festival who are mainly intellectuals, researchers and specialists will also give presentations and engage in open discussions with the audience and answer their questions.

In addition to the presentations and interventions, the festival will introduce performances and concerts given by Sufi groups from India, Turkey and Morocco.

10 a.m: Official opening of the Festival

11 a.m: Conference: “The literature of Hikam in the Sufi tradition”

4 p.m: Conference: “Hikam and poetry in the works of Mohammed Iqbal”

8.30 p.m: Concert by the Nidhamouddine Brotherhood from New Dehli India

10a.m: Conference: “Hikam and the voice of spiritual chivalry (futuwwa)” 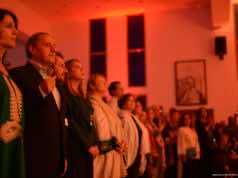 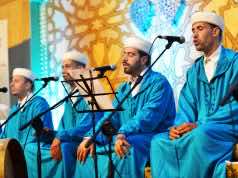