Whenever I hold a pen and sit down to write a piece about a certain issue, I seldom pay attention to the tone that my article, poem, or a short story is going to have. I believe it is rather the job of the reader to discover the tone. However, recently, I was so delighted to hear from one of my readers that the tone of most of my works is pessimistic. His comment or view is to be respected, for it goes without saying that he inferred this from his own perspective of my works. Frankly, I did not find his view strange simply because he is the reader and not the writer of these works. Personally, I feel I am being realistic when relating certain circumstances in my works mainly because I have actually experienced them.

I am going to delve into these two epithets only from my own perspective. I myself find many works by Mohamed Choukri and George Orwell pessimistic, but I would attribute this tone to the fact that I am neither Choukri nor Orwell who went through the circumstances related in their literary works. As a conveyer of events, I am realistic. But, for readers, I appear pessimistic owing to the grieving, heart-breaking incidents and characters in my stories. The reader reads and cries, but I the writer write and do not cry. And when I cry, the reader does not cry. Seldom do I cry at the same time that my reader cries. Reality exhorts me to describe things as they are, and readers who have missed the chance to taste some realities deem the realistic pessimistic.

From time to time, I accuse myself of writing about poignant lives of people, and instead I strongly advise myself to write about the happy lives of other few people. The question that came to my mind, then, is why I should write about the latter. I also ask myself why readers should know about them. I do not think that readers get inspired by rich people, lucky people and ignorant people. Children who rise from poverty to wealth, from ignorance to knowledge, and from littleness to greatness inspire us more. Many of my articles are about one of the aforementioned categories. I, the writer, am sometimes filled with inspiration, awe, and admiration when I converse with or meet with people with ambivalent life experiences.

In my works, I describe people or talk about issues with a negatively tinted tone. Thus far, this has been my habit. I do not have an idea when I am going to get rid of it. But it has done me a great deal of good. That is why I still preserve it. If I were to be pessimistic about the issues, I would always conclude that there is no hope, with no solution to the thorny problems raised and at the same time I would avoid recommending a remedy. However, this is not the case with my pieces. I always begin with, or conclude with, an awe-inspiring adage or bon mot. This means that I look forward to the better days or situation and that I hope the characters in my stories may one day bring about a change which will put an end to their predicaments.

I believe that I get closer to the majority of readers by bringing to life their challenges’ complexities, their vested interests, and their repressed aspirations. Realism brings us together and bids us to think of possible ways to discard the aforementioned problems. I always feel that I appear pessimistic to the readers who do not share my characters’ life experiences or the issues I take delight in raising, whereas I appear realistic to the readers who have once led the same sort of life that most of my characters have led.

Life, with its numerous risks, is always worth living. This is my motto. As we all know, life is full of risks, difficulties, and setbacks. My works describe the negative side of life for the purpose of attaining the other side. Getting to know, and familiarizing readers with the negative one, surely paves the way to the good life that every one of us seeks. I have broached on the hapless, the failure, the desperate, the blind, the lame, to name but a few in order to be appreciated as a writer.

“An autobiography is only to be trusted when it reveals something disgraceful. A man who gives a good account of himself is probably lying, since any life when viewed from the inside is simply a series of defeats,” said George Orwell. Of course, this writer, my favorite, is not being pessimistic. Rather, he is telling the truth. In other words, he is realistic even though at first sight he might appear pessimistic to some of us. Anyway, who amongst us is the one whose life is empty of defeats? Nobody!

Omar Bihmidine is  high school teacher of English. He obtained his Associate Degree at Choaib Eddoukali University in 2008. His writings take the form of short stories, poems and articles, many of which have been published in Sous Pens magazine, in the ALC magazine in Agadir, and in the late Casablanca analyst newspaper (Email: bihmidineomar@yahoo.com). 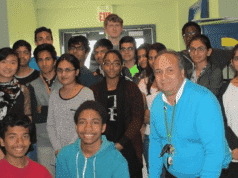 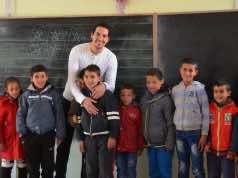 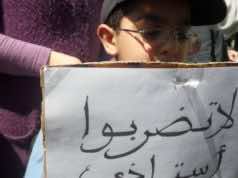