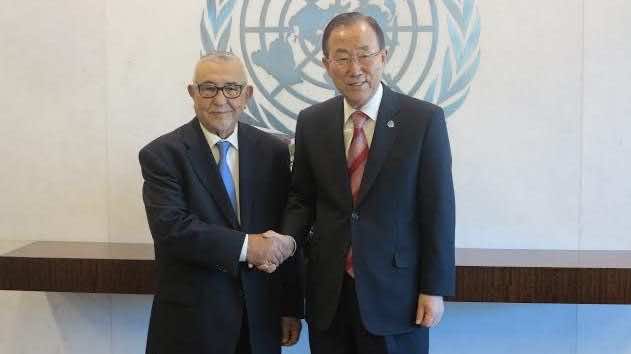 UN Secretary General Ban Ki-moon and the President of the Inter-Parliamentary Union (IPU) Abdelwahed Radi held on Thursday in New York talks on the means to reinforce the bilateral partnerships between the two organizations.

“We hope to give a parliamentary dimension to the UN,” Radi told MAP following the talks.

He said that a draft resolution on the relation between the UN and the IPU will be examined next May by the UN General Assembly.

Radi added that the meeting was an opportunity to examine the latest development in several parts of the globe, notably in Tunisia, Egypt, Syria and Myanmar.