It is rare these days to read or watch news and not conclude that most conflicts are a direct result of people’s inability to accept and tolerate other people’s differences. In fact, this world could be an even bigger mess if people refuse to celebrate diversity of cultures and traditions. Tolerance, therefore, is invaluable in building a global community guided by fraternity and mutual respect.

We have been privy to several examples of when lack of tolerance breeds hatred and ethnic cleansing. Bosnia, Rwanda, and Sudan are but a few examples of the catastrophes that could result when people from the same country, but with different ethnic, religious, or racial backgrounds, are unable to tolerate their respective differences. Death and destruction are among the inevitable end results of the lack of respect for cultural diversity.

On the other hand, when a country celebrates its culturally rich heritage, the results could be peace, tranquility and stability. Morocco is a country with a rich culture and civilization where people of different racial, religious and ethnic backgrounds co-exist harmoniously. This is primarily due to people’s appreciation of the value of diversity in promoting the richness of their culture and customs.

I do not suggest that we must blindly accept differences, especially when they encroach on our personal freedoms or religious beliefs. In addition, we must not tolerate or accept traditions that promote social hierarchy that renders some superior and others inferior. I am merely suggesting that celebrating difference gives us the opportunity to explore the beauty and richness of mankind. We may be different but we all aspire for the same goal: live peacefully and freely while accepting each other’s right to do the same. 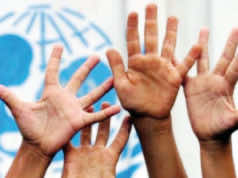 Rabita Mohammedia and UNICEF to Launch Project on Tolerance Values 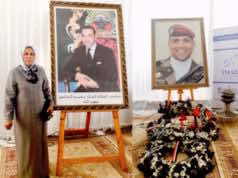