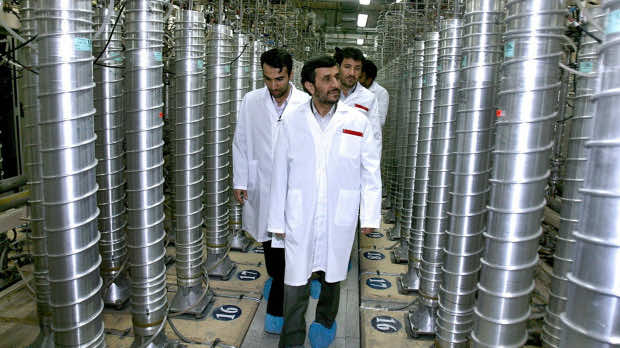 Dublin – Iran’s nuclear program is one of the most polarizing and contentious issues in the Middle East.

While Iran has long held that its program is being developed for civilian use, the United States and her European cronies have blindly accepted Israel‘s argument that Iran is seeking nuclear weapons. This fundamental difference of opinion has resulted in the failure of Iran and members of the international community to hold comprehensive talks on resolving this impasse. With Israel’s aggressive posture and hostile language, such as the threat of a unilateral military attack against Iran’s uranium enriching facilities, experts agree that there is little likelihood for meaningful negotiations regarding the dismantling of Iran’s nuclear program.

One consequence of the Israeli-led drum beat for war is the Iranian Revolutionary Guard’s manipulation of the “conflict” to widen internal power by galvanizing an Iranian population that is growing increasingly impatient with its leadership.

With no one giving in, we must ask ourselves if an Israeli attack is imminent? In analyzing the opinions of experts from academia, foreign policy and military affairs, I conclude that a unilateral attack by Israel, without close coordination with and approval by the United States, is highly unlikely. The United States, Israel’s biggest enabler and champion, is not keen on seeing another war in a region that is evolving and increasingly unpredictable. With several new governments remaining uncommitted in terms of their allegiances to Western governments, an Israeli-initiated war on Iran risks damaging the increasingly waning American influence in the region.

While the international community has relied on crippling sanctions against Iran, minimal efforts have been exerted in safeguarding Iran against future hostilities. As a result, Iran’s pursuit of a nuclear program goes beyond its intended “civilian use” and includes the Shiite state’s desire to be a regional superpower capable of defending herself. Iran’s regional ambitions also pose a problem for the neighboring GCC monarchies. The Obama administration finds itself stuck between a rock and a hard place! While seeking to avoid war, it must simultaneously address Israel‘s perceived security concerns, protect the US-friendly GCC countries and deal with eternal Israeli Palestinian conflict.

With an election year right around the corner, the Obama administration must act fast and responsibly in dealing with Iran. Critics of the Obama administration must also be sensible and avoid politically motivated allegations that the President has been deficient in his response to Iran’s threatening behavior. Unjustified criticism of the president’s handling of the Iran situation is problematic for many reasons:

(i) in an election year, candidates will focus on this perceived Iran threat as opposed to real priorities such as job creation

(ii) the change of governments, due to the Arab spring, creates growing uncertainly in relying on former Middle Eastern allies.

(iii) loss of focus in dealing with collateral effects caused by the global economic crisis.

(iv) loss of focus in dealing with two sensitive military fronts in Afghanistan and Iraq.

(v) loss of focus on US efforts in the Asia Pacific region, including fierce competition from China and growing concerns regarding North Korea’s nuclear threat.

In asking American tax payers to finance another war, the Obama administration would be asking for a prolonged economic crisis and bankrupting an economically fragile America. Moreover, Israel knows that acting unilaterally is akin to political suicide and will not risk further alienating her biggest source of support. As such, I advance some likely possibilities:

(i) Iran could turn to Hezbollah to infiltrate Israel and derail its plan of attack against them. This will preoccupy Israel and ward off, or at least delay, any attack on Iran.

(ii) As Syria deals with a stubborn and committed opposition movement, the Assad regime could involve Syria in the Israeli-Iranian showdown as a means of undermining the opposition movement and “unifying” all Syrians against Israel’s threat to Syria’s ally, Iran.

(iii) Iran could call on Iraqi Shiites to undermine the fragile peace process in Iraq and target American and Saudi Arabia interests in the region. Any American or Saudi response will be manipulated to tighten the grip on power by Iran’s ruling regime.

Acharif Al Idrissi Jalal Nali was Born in Tangier. He holds a PhD in Management and negotiations, university degrees in IT, Spanish literature and world trade. He is president of CDPM ‘Center of Peace and Development in the Mediterranean’ and DPM ‘Diplomatie Parallele Marocaine’.