A Libyan official said Monday the detention by a militia of two British journalists working for Iran’s English-Language Press TV had not been authorised by the interior ministry, which wanted them freed.

“They (the militia) don’t have the authority or permission from the interior ministry” to hold the two journalists, the official told AFP, asking not to be named.

He said his ministry was “in contact (with the militia) to release them.”

The Swehli militia of Libya’s western city of Misrata, which also operates in Tripoli, seized Nicholas Davies and Gareth Montgomery-Johnson while they were reportedly filming in the capital, according to rights groups that have called for their release.

On Sunday, the commander of the militia, Faraj Swehli, said the men were being held for illegal entry and possible espionage.

Swehli said that the suspicious conduct of the journalists led his men to track the pair as they moved around Tripoli and conducted interviews with various ministries of the interim government.

“With regards to the two detainees from Britain, they were in Libya illegally, without a visa or entry stamp,” Swehli told reporters, adding that the men, detained last month, were still being questioned because “incriminating evidence” had been found in their possession.

Swehli acknowledged that he had received an order from the interior ministry to release them, but said the pair would remain in detention until investigations were completed.

“If we conclude that they are spies, we will hand them over to our intelligence services,” he said.

Britain’s foreign office has said it was aware that two British nationals had been detained. 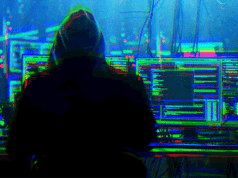 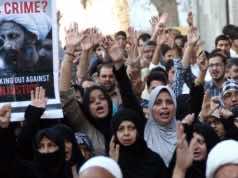 Moroccan officer given 3 years in prison for espionage for Algeria