Muslim women in Australia’s most populous state will have to remove veils to have their signatures officially witnessed under the latest laws giving New South Wales officials authority to look under religious face coverings.

New South Wales state Attorney General Greg Smith said in a statement on Monday that beginning April 30, officials such as justices of the peace and lawyers who witness statutory declarations or affidavits without making identity checks will be fined A$220 (Dh862.78).

“If a person is wearing a face covering, an authorised witness should politely and respectfully ask them to show their face,” Smith said.

The face coverings also include motorcycle helmets and masks.

The government on Monday began an information campaign to ensure the public and officials are aware of the new penalties before they come into force.

The laws are a response to a court case last year in which a Sydney woman was convicted of falsely claiming that a traffic policeman had attempted to remove her niqab — a veil that reveals only the eyes.

A judge overturned the conviction because the official who witnessed the false claim did not look under the veil of the person who made it, so the judge was not certain that the defendant was responsible.

The latest laws were passed on December 23 by the state parliament.

They follow New South Wales laws passed last year that introduced a A$5,500 fine and a 12-month prison sentence for anyone who refuses to remove face coverings when requested to do so by police.

Ikebal Patel, president of the Australian Federation of Islamic Councils and an advocate for Australian Muslims, said while some Muslims regarded the laws as a knee-jerk reaction to the court case, the majority did not object.

“I don’t object as long as the laws are enforced with respect and sensitivity,” Patel said.

Patel said he was also a justice of the peace and would never witness a document without seeking proof of the author’s identity.

He said Muslim women can find female justices of the peace working at most post offices. Women who object to showing policemen their faces have an option of being taken to a police station where their identities can be confirmed by a female official.

New South Wales laws demanding the removal of religious face coverings are an Australian first, although other states including Victoria and Western Australia are considering similar legislation. 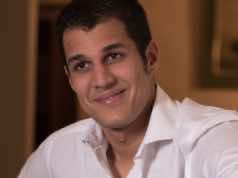