Sidi Ifni, Morocco - The fact that the minister of higher education recently promised to combat corruption in universities confirms that our universities are still infested with nepotism. 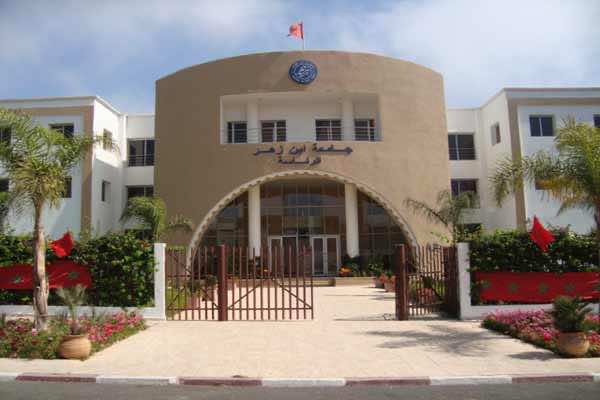 Sidi Ifni, Morocco – The fact that the minister of higher education recently promised to combat corruption in universities confirms that our universities are still infested with nepotism.

Today, by coincidence, as I was closely examining the marks students received in the English Department at Ibn Zohr University, a strange case drew my attention and set me thinking. A female student received 19/20 in poetry, while she received poor marks in nearly all other subjects. I thought this student might be good at poetry, but the nature of the subject doesn’t suggest one to get such an outstanding grade without receiving other high marks as well.

Being upset, I delved into the matter more deeply and asked her classmates about her. It was only then that I find out that the teacher who gave the student such a mark is still doing his master studies and knew the student’s relatives very well. This means that master students shouldn’t be hired to teach at universities because of their immaturity.

Pedagogically speaking, a real poetry teacher is the one who is supposed to test students on their ability to analyze poems. As we all know, any poem is open to many different interpretations. That is why it is a mystery how the female student managed to obtain 19/20. This mark is a clear sign that she did exceptionally well, to the extent that she must have come up with the right interpretation, the one the poet had in mind while writing the poem!

However, as I analyzed her other marks, I noticed that the majority of them are poor and don’t exceed average, which is proof that she doesn’t deserve the mark she received in poetry. If the teacher were a conscientious man, he would bear in mind that anyone, including great poets, can never analyze a poem in only one correct manner. Even great poets, such as Robert Frost and Edgar Allen Poe, would come up with different interpretation if they were asked to analyze a certain poem. Therefore, a grade as outstanding as 19 wasn’t given to the female student to reward her real mastery of the field. Rather, it was done due to nepotism.

What the poetry teacher did is a sign that some students are more privileged than others. Still worse is the fact that the teacher in question gave this student the highest grade in poetry, higher even than the hard-working students’ grades. No writing, all writers believe, is complete, including the analysis of written poetry. As I learned from other students, the teacher is still a master student, which clearly confirms the injustice done, particularly that only immature teachers usually make this grave mistake.

The poetry teacher did not bear in mind that poetry isn’t like mathematics and so such a mark isn’t possible. This proves that what he did is undoubtedly unfair, especially because no one can really obtain 19/20 no matter how well-versed they are in the field of poetry. Even the American poetess Emily Dickinson couldn’t. Therefore, the only explanation left for the origin of this injustice is sheer nepotism.