A strong geomagnetic storm is racing from the Sun toward Earth, and its expected arrival on Thursday could affect power grids, airplane routes and space-based satellite navigation systems, U.S. space weather experts said.

The storm, a big cloud of charged particles flung from the Sun at about 4.5 million miles per hour (7.2 million km per hour), was spawned by a pair of solar flares, scientists said.

This is probably the strongest such event in nearly six years, and is likely more intense than a similar storm in late January, said Joseph Kunches, a space weather specialist at the U.S. National Oceanic and Atmospheric Administration (NOAA).

This solar disturbance is a three-stage affair, or as Kunches said in a telephone interview from Boulder, Colorado: “We hit the trifecta.”

These are the stages he described, with the first two already affecting Earth:

* First, two solar flares moving at nearly the speed of light reached Earth late on Tuesday. Such flares can cause radio blackouts.

* Then, solar radiation hit Earth’s magnetic field on Wednesday, with possible impact on air traffic, especially near the poles, satellites and any astronauts taking space walks. This phase could last for days.

* Finally, the plasma cloud sent by the coronal mass ejection, which is basically a big chunk of the Sun’s atmosphere, is expected to arrive at Earth early on Thursday.

GPS systems used for less-refined functions, such as the turn-by-turn navigation found in many cars, should not be affected, according to NOAA’s Doug Biesiecker.

Kunches said the geomagnetic component of the storm may arrive a bit ahead of schedule because it follows a previous storm that left the Sun on Sunday and is currently buffeting the Earth’s magnetosphere.

These storms could produce some vivid auroras, according to experts. In the Northern Hemisphere, the aurora borealis could be visible at mid-latitudes, which in the United States could include New York, Illinois and Iowa.
Such stormy space weather is unusual in recent history, according to Harlan Spence, an astrophysicist at the University of New Hampshire who is principal investigator on the Cosmic Ray Telescope for the Effects of Radiation (CRaTER) aboard NASA’s Lunar Reconnaissance Orbiter.

“These relatively large (solar) events, which we’ve had maybe a couple of handfuls total in the course of a decade, we’ve now had two or three of them, more or less right on top of each other,” Spence said by telephone.

The Sun is on the ascendant phase of its 11-year cycle of solar activity, with the peak expected next year, scientists said.

“It’s a clear harbinger that the Sun is waking up,” Spence said. “We’re trying to put this in context not only … of what has the Sun done in the past, but what is the biggest thing the Sun is capable of and what should we be planning for in terms of extreme sorts of events in the future.” 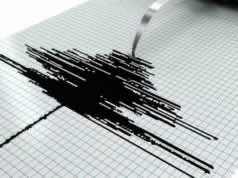 People of Aleppo Under The Rebel Siege