Hundreds of women marched through Cairo on Thursday on International Women’s Day, demanding the right to co-draft the country’s new constitution.

Since the Arab Spring uprisings that toppled dictators in the region, including Egyptian president Hosni Mubarak, women now fear for their rights as Islamists reap the fruits of the revolt.

A year later, Egypt has picked a new parliament and is to write a new constitution ahead of presidential elections in May.

Women off all ages and background marched from the journalist’s syndicate to the cabinet headquarters, saying they do not want to be elbowed out of the process.

“Women’s rights are human rights!,” read some banners at the march.

Many wore stickers demanding 50 percent representation in the 100-member panel that will be picked on March 24 by both houses of parliament to write the constitution.

“Women are half of society. 50 percent of women in the constituent assembly,” read some banners.

“We don’t want to be marginalised,” said Shaimaa al-Kholy, 28, a chemistry teacher.

Others addressed Mohammed Badie, the head of the powerful Muslim Brotherhood, which controls almost half of parliament through its Freedom and Justice Party and believes a woman cannot become president of the country.

“Badie, Badie, women’s rights will not be lost,” the women chanted. 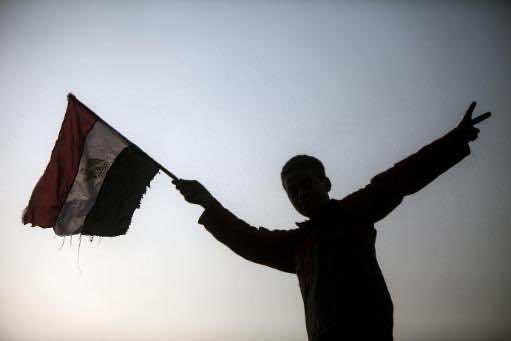 Final round of voting begins on Egypt constitution