Ten people were killed when the soil caved in on them as they were illegally digging for ancient treasures under a house in a central Egyptian village, police officials told AFP on Monday.

The 10, including four brothers, were buried alive when the walls of the dig collapsed in the village of Arab al-Manasra, north of the historic city of Luxor.

Rescue services were working to recover the bodies, the official said, adding that two people were also injured in the incident.

Ambitions of making money quickly have incited many to turn to illegal archaeological digging, particularly in antiquities-rich locations such as Luxor, Aswan and Cairo.

“We have to work on many levels to stop these get-rich-quick schemes, where people are digging for an illusion,” Mansur Boreik, head of the Luxor antiquities department told AFP. 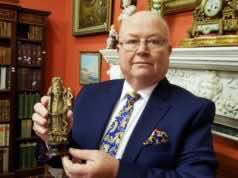 Chefchaouen: Irishman Buys Souvenir for €52, Ends Up with Artifact Worth €33,000