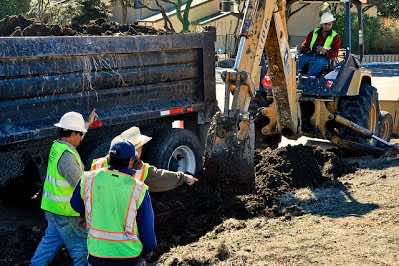 Oklahoma City – “Too many chiefs, not enough Indians” is a very telling proverb that nobody knows exactly its originator except it is American. One of its meanings is the fact of having too many bosses, but not enough workers.

It could also mean the fact of having too many people who warn us nonstop about the woes of living in a morally decayed society, while these phony people of virtue are the ones who are scandalous and morally corrupt.

The reason I brought this anonymous saying up here because the “too many chiefs “are so many to count in Morocco, while we seem to lack “Indians”.  The latter represents the absence of people whose actions mirror their beliefs and convictions.  Sad to say, our society is teeming with hypocrites who don’t bother to tell us how important we all need to change our society for a better one while they are themselves working on decaying it. Béla Szabados and Eldon Soifer (2004) think that “hypocrites can be seen as displaying one set of standards in their preaching, and another in their practice. They may condemn others for motives or actions which they themselves indulge in” (p. 352)

Although the saying connotes some racial overtones in its birthplace, my intention here is nothing but to raise awareness about this topic among Moroccans who often come in close contact with the “too many chiefs”. I would also like to remind them of those who seem to lack a connection between what they preach and how they live their daily lives. I am afraid that some of us tend to represent themselves as saints, while we relentlessly cover up a dark side of our lives.

The saying so much reflects our nowadays troubled country where we encounter hypocrites on a daily basis. Every one of us must have stories with or of such people whose credibility will not only be lost as soon as their true character  is exposed, but their actions bring about a widespread sense of reciprocal mistrust among people which would result as well in a very tight knit circle of people in whom we trust.

Examples of “too many chiefs” that dominate our lives are numerous. Some of us were raised and brought up in a society where their parents teach them to be slick, not intelligent. Our kids lead their lives with the notion that a smart kid is the one who outwits his peers, fools and swindles something valuable out of them. Such parenting creates confusion among little ones and makes them develop a distorted understanding of different concepts.

We would usually be praised from parents and peers for exhibiting such socially accepted practices. Moroccan writer Muhammad Hanafi (2005) confirms that” “we find even inside family relationships, in the framework of one single family, hatcheries of producing hypocrisy where the latter becomes a condition for both establishing a good marriage relationship and helping with maintaining it to the end”

As we embark on another important transition in our lives when we reach the age to go to school, we came face to face with people who are supposed to shape our thinking. Teachers teach us, among other things, to be more productive and hard-working, while some of them were not even on time when they come to school.  And even when they are in class, we see some of them are busy doing a crossword puzzle or reading unrelated-class books. They teach us to abide by the law and they are the first to break it. They break it when they teach us to fear them, rather than respect them. They rob us of a sense of believing in ourselves whenever we instinctually dare contract them on any given issue.

They vehemently defend the myth that teachers are always right and students are wrong. They transgress our basic human right to think critically and analytically. I remember one teacher who was a fan of the Arab poet Antar Ben Shaddad’s poetry, especially the verses that extol the virtues of honesty and bravery, but we all were shocked to know he had an affair with another teacher. Before we knew about his scandal, all of us had looked up to him as a role model in a very critical period of our adolescent lives, where we sought a compass-like figure to guide us through.

Away from Morocco, another form of hypocrisy takes place overseas where I have met many Moroccan friends who would make sure to observe the month of Ramadan and try to do all the rituals that come with it, but as soon this holy month is out, they would allow themselves to drink alcohol and have sex before marriage, while they still claim to be practicing Muslims.

Speaking of religion, we just had an incident that caused rage in Morocco where the name of a reputed religious figure was revealed to the public, which was furious at the fact that he undeservedly benefited from the Moroccan government’s commercial transportation licenses, while he was a steadfast advocate of fighting corruption and favoritism. Imam Zemzami is certainly not the only one in Morocco who preached to the masses about how important one should maintain a life of modesty, content and moral straightforwardness, while he or she indulges in all of the sensuous pleasures of life

The reason I focused on parents, teachers and religious figures more than any other segment of society because I believe the three, our teachers, parents and religious figures, are the ones who give us the sense of who we are. They are so important in our lives that no country could prosper and develop without having great teachers, educated and sincere parents and broad-minded and honest preachers.

We need teachers who raise compelling questions, not threatening sticks. Our students need teachers to teach them how to reason and explore all horizons. The types of teachers who serve as liberating forces in our lives, not mediums of establishing fear, blind obedience and memories of dishonesty and hypocrisy. The religious clerks that we all strive to hear on Friday sermons are those who believe in every virtue they preach. And before they dare mention it, they should ask themselves if they have the ability and conviction to stick to it.

As any other society, Morocco has bad apples that exist in most society sectors and corners throughout the country. But our increasingly crippled economy and ill society are undeniably indicative of having too many bad apples in our groove. The reality is that bad apples are abundant because we have a fertile soil for them. We are to blame for providing all means for them to grow and ripen. And since it is never late to change, it is up to us to pick out the bad apples and do away with them, everybody on his way.

I am sure readers have many similar stories that revolve around the same topic of people who are “too many chiefs”. One can no longer wait but to throw off the restraints of these fake norms in our hypocritical society where many malpractices are rewarded and praised. If we free ourselves of the stultifying pressure and moral bullying of such morally dysfunctional society and people, we would be able to proudly and openly condemn ourselves before others.

It is in such society where prostitution is relatively tolerated, while Muhammad Shukri’s book for break Alone would be banned and deemed morally inappropriate for its sexual frankness. It is ironic that our hypocritical society could “coexist” with prostitutes who are anathema to most of us, but it was hard for us to let people read a book that presents our society as it is with no makeup.

Mourad Anouar is a Moroccan writer, novelist and poet. He received his bachelor’s in Journalism and a minor in German from the University of Central Oklahoma. He is the author of several poems and short stories both in Arabic and English.