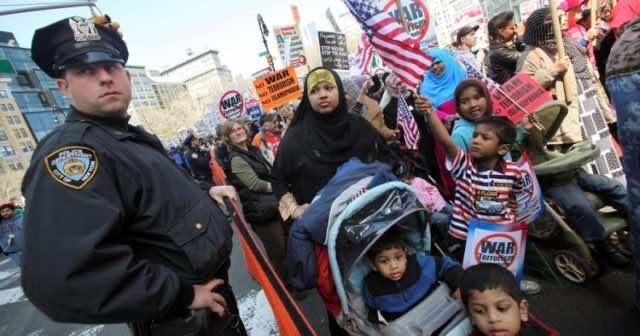 New Yorkers strongly support controversial police anti-terrorism surveillance that includes sending undercover officers into mosques even as questions have been raised about its constitutionality.

A Quinnipiac University poll, released on Tuesday, found respondents approved by 63 percent to 31 the way New York police are doing their job and said by 82 percent to 14 percent the NYPD has been effective combating terrorism.

The poll of 964 New York City voters showed Police Commissioner Raymond Kelly won better than 2-to-1 approval ratings and voters said police act appropriately in how they deal with Muslims by a margin of 58 percent to 29 percent.

New York was the target of the Sept. 11, 2001, hijacked plane attacks that toppled the World Trade Center, and police say aggressive surveillance has helped them identify 14 plots against the city since then.

The Associated Press reported in August the CIA was helping police gather intelligence from mosques and minority neighborhoods. The NYPD kept tabs on Muslim neighborhoods in the city and surrounding areas such as New Jersey by sending undercover officers into mosques, businesses and college campuses, keeping records of what they found, the AP said.
“There’s a very strong suggestion that they are going into the Muslim community, chatting up folks and maintaining records on individuals,” said Arthur Eisenberg, legal director of the New York Civil Liberties Union.

Another poll of 804 adults by Baruch College Survey Research found 81 percent of New Yorkers felt police were doing an excellent or good job in thwarting terrorism.

When asked how they viewed a police focus “on Muslims in order to prevent terrorist attacks,” 43 percent approved while 44 percent opposed.

City and police officials have defended the practices as legal.

U.S. Attorney General Eric Holder has said the Justice Department was reviewing letters expressing concern over the NYPD’s surveillance program, and critics have raised the possibility of legal challenges.

City lawyer Peter Farrell said in an email that guidelines imposed by a court ruling in 1985 “make clear that the NYPD may visit public places and go online – just as the general public does.” He did not specifically comment on whether the NYPD could maintain records of what they learn.

In 2003, U.S. District Judge Charles Haight granted a city request to lessen the 1985 restrictions to facilitate anti-terrorism efforts following the attacks of Sept. 11, 2001.

But to keep police powers in check, the judge included a provision that limits the records police officers can keep of their observations in public places.

Under that provision, lawyers asked Judge Haight to force the NYPD to turn over files related to the surveillance program. They are negotiating the terms of document handover with city attorneys.

Civil libertarians may also pursue claims that the NYPD violated a state law prohibiting racial profiling. Police and city officials have said their actions were prompted by legitimate leads, not merely by religious identity.

Legal experts say proving religion was a “determinative” factor rather than simply one of several could be challenging and that constitutional claims also face an uphill climb.

“The reality is that much of what the ordinary person would consider racial profiling is not legally prohibited by the Constitution,” said Stephen Schulhofer, a professor and criminal justice expert at New York University School of Law.

However, if police actions produced a chilling effect on free speech or religious practices, that could violate the First Amendment.

“We can show that people are not attending prayers because they are afraid,” said Omar Mohammedi, president of the Association of Muslim American Lawyers. 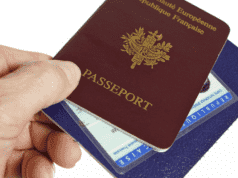