Family and colleagues of two Turkish journalists who have gone missing in Syria four days ago, called on the government in Ankara to help with efforts to discover their whereabouts.

Adem Ozkose, Middle East correspondent for Gercek Hayat magazine and columnist for Milat newspaper, and Hamit Coskun, a cameraman, crossed into Syria from Antakya in southern Turkey a week ago.

Families of the two journalists last heard from them four days ago, when they called to say they had reached the Syrian city of Idlib, where government forces on Wednesday re-established full control of the city following days of deadly clashes with opposition fighters.

Milat Degirmenci, the Ankara representative of Milat, spoke to journalists on Tuesday evening after families of the duo gathered in front of the Ministry of Foreign Affairs (MFA) in Turkey’s capital.

He said that the MFA was “closely monitoring the situation and trying to gather more information before making a statement” on the missing Turkish journos.

The group that gathered at the MFA then went to Syria’s embassy in Ankara to demand the safe return of the two, Al Jazeera sources said.

“Journalists, aid volunteers or civilians cannot be harmed anywhere in the world,” Eyup Gokhan Ozekin, speaking on behalf of family and colleagues, said in a statement.

“We fear for the lives of our friends. We expect an explanation from Syrian officials.”

Ozekin said that the group will keep gathering outside the Syrian embassy until they heard something about the journalists.

Speaking outside the embassy, Muhammed Halil Kaya, said that “they (the missing journalists) were there to let the public know of the savagery going on inside Syria”.

Government troops had waged an assault on the Idlib province near the Turkish border with a view to retake the city since March 9, intermittently shelling built-up areas and spraying houses with machinegun fire in a bid to dislodge anti-government fighters.

More than one hundred people are confirmed dead in Idlib and hundreds more are missing.

The journalists are reportedly well-known in Turkey, and there has been an outcry online over their disappearance. 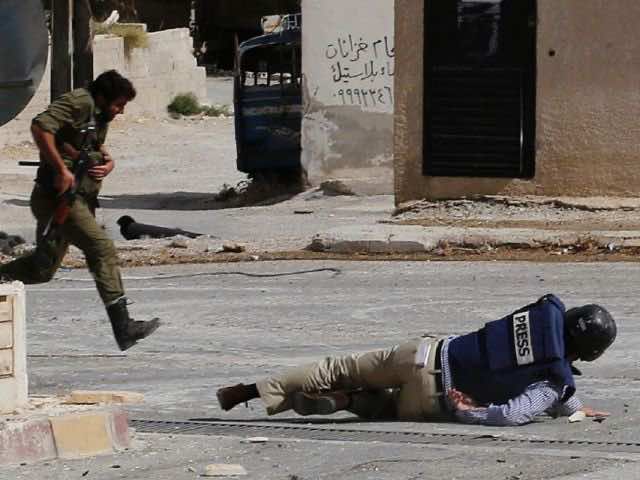 65 Journalists Were Killed, Murdered While Doing Their Job in 2017