Fez - The city of Fez will host the 4th edition of the Fez Festival of the Mediterranean Book on April 21-26 under the theme “Diasporic Moroccan Culture…Cross-cutting Approaches” at the cultural complex al-Hurriya. 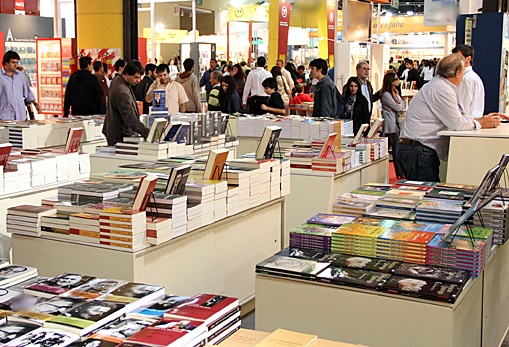 Fez – The city of Fez will host the 4th edition of the Fez Festival of the Mediterranean Book on April 21-26 under the theme “Diasporic Moroccan Culture…Cross-cutting Approaches” at the cultural complex al-Hurriya.

A large group of writers, thinkers, and artists living in Morocco and abroad, in addition to professionals in the world of books and publishing will attend the book festival, which is an initiative organized by the Book Club Foundation in Morocco in partnership with Fez City Municipal Council and the Ministry of Culture.

A cultural symposium entitled Diasporic Moroccan Literature will be held to discuss the artistic and literary productions of second and third generations of the Moroccan community living abroad as they become torn between the multi-civilizational and existential attractions, between the Moroccan self and Western other.

This year’s edition will be an occasion to exhibit the diversity in contemporary Moroccan culture that is in the making under various skies and above diverse soils. A large growing number of writers and artists, with a Moroccan background living abroad, produce various forms of expression: poems, novels, short stories, films, drama, music… which are representations of the national culture.

The festival will also include various cultural activities, such as honoring some authors, book signing ceremonies, artistic exhibitions, prose and poetry readings, screening of films, plays and musical concerts.

The Book Club Foundation will award the Fez Prize for Mediterranean Creativity to one of the diasporic Moroccan writers who contributed to the promotion of the Moroccan culture abroad, in addition to awards of merit to the students who participated in the literary creativity competition organized by the foundation for the first time.