Morocco World News
Home Highlights on Morocco Morocco: Outcry After a Suicide of a Girl Forced to Marry her...

Rabat - Amina Filali, A 16-year-old Moroccan girl has committed suicide this past Saturday after a judge in the northern city of Tangier issued a ruling ordering her to marry her rapist. 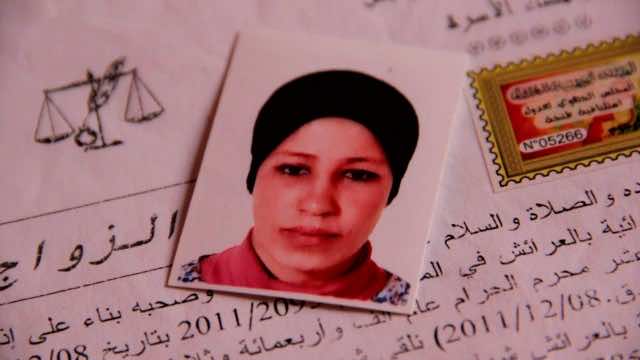 Rabat – Amina Filali, A 16-year-old Moroccan girl has committed suicide this past Saturday after a judge in the northern city of Tangier issued a ruling ordering her to marry her rapist.

According to the Moroccan daily newspaper Al Massae, Amina Filali was raped over a year ago, when she was only 15 years old. But it is only a year after her parents filed charges against their daughter’s rapist, a man 10 years older than her, that the court issued its ruling. But instead of applying the maximum punishment against the criminal,  the judge ordered the victim to marry her assailant.

The court’s decision to forcibly marry Amina Filali to her rapist was supposed to “resolve” the damage of sexual violation against her, but it led to more suffering in the unwelcoming home of her rapist/husband’s family.

Traumatized by the painful experience of rape, Amina Filali decided to end her life by consuming rat poison in the house of her husband’s family.

This unfortunate incident comes few days after the celebration of women’s day all over the world and sheds light on one of the outdated practices of the Morocco’s penal code (article 457).

Under Moroccan law, rape is punishable by five to 10 years in prison,  rising to between 10 and 20 years if the victim is a minor. But the rapist could avoid serving a single day in prison if he agrees to marry his victim.

After Morocco World News informed its readers about Amina Filali’s ordeal on Tuesday, her story immediately went viral on social media, stirred debate and forced people to reflect on the abuse against women in Morocco.

Many expressed shock and disbelief that something this barbaric could occur in their country. They called for the Moroccan penal code to be amended to offer greater protection for women and harsher penalties for those that commit atrocious crimes against them.

“This judge must be prosecuted, and I call for a death penalty to be applied on every rapist and pedophiles”, said Sara, an interpreter from Casablanca. “All Moroccan women must stand up with this poor girl, because it is the ugliest and one of the most barbarian crimes and injustices that can happen to a girl. That’s a psychological turmoil and much bitter and slower than death. This abuse has to stop,” she added.

“This shows the existence of an ignoble complacency and complicity between the judiciary and the savagery and barbarism of the rapist,” said for his part  Hassan Benhassou from Rabat. “How can we afford to offer in such a coward way a victim to her assailant? Is this not the way to encourage other perverts to commit such crimes without worrying about severe sentences that could punish their crimes? We have to immediately reform our justice system in Morocco,” he added.

This incident reflects a century-old practice within the Moroccan society, which gives precedence to protecting the discreetness of the victim’s family over the victim’s rights and psychological well-being.

In light of the uproar brought about by Amina Filali’s tragic death, the Moroccan society is in dire need to break away from its silence over this taboo. It is also time that Moroccans from all walks of life fight for the abolition of article 457 of the penal code and for the adoption of new laws that impose strict sentences on rapist.