Israeli troops on Thursday killed a man and wounded and arrested three others in an exchange of gunfire on the border with Egypt, the Israeli army said.

“Israeli soldiers on patrol along the Israeli-Egypt border spotted a group of men on Israeli territory and opened fire to stop them, after the usual warnings. There was also gunfire from the Egyptian side,” a statement said.

“After giving chase, the army arrested three injured suspects and evacuated them by helicopter to an Israeli hospital.”

The body of a fourth man was found along the border.

Late last month, Israeli forces reported engaging in a firefight with gunmen who infiltrated from Egypt’s Sinai peninsula, killing one of them.

That incident came after a string of apparent attempts by militants to infiltrate Israel via its Egypt border, according to the Israeli military.

On February 21, troops interrupted an apparent smuggling attempt during which a man hurled a bag containing explosives at soldiers. The explosives failed to detonate and the suspect escaped.

And on February 23, in the same border area where the latest shootout occurred, Israeli troops discovered a bag containing a large explosive device after unsuccessfully attempting to detain an infiltrator.

Border security incidents have increased in recent months and Israel has warned that lawlessness in post-revolution Egypt is allowing militants to use Sinai to stage attacks against the Jewish state.

It accuses Gaza-based militants of using the long Egypt-Israel border to infiltrate and carry out attacks, including one last August in which gunmen launched coordinated ambushes on vehicles in Sinai, killing eight Israelis.

Israel is building a giant steel security barrier along the frontier, which is due to be completed by the end of this year. 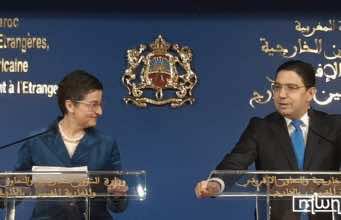