Three other policemen were acquitted in the same case.

The officers were accused of killing 22 protesters and wounding 44 outside a police station in Cairo’s Hadaeq al-Qobba neighborhood during the revolt last year.

The court found them guilty of using live ammunition in violation of orders.

The sentence means the policemen will not face prison time, a decision likely to infuriate activists whose key demand is for those behind the deaths of some 900 protesters to be brought to justice.

Dozens more people have been killed since Mubarak was ousted and the Supreme Council of the Armed Forces took power.

Protesters have regularly taken to the streets to denounce the ruling military, accusing it of stifling dissent, stalling on reforms and of human rights violations.

Mubarak himself is on trial, along with his interior minister and six security chiefs, accused of involvement in the deaths of protesters during the uprising. 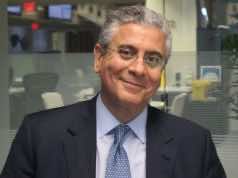