A bomb exploded outside the Indonesian embassy in Paris on Wednesday, breaking windows but causing no casualties, Chief Political and Security Minister Djoko Suyanto said.

The package was discovered by an embassy employee who removed it from the building in Rue Cortambert, in Paris’ elegant 16th district, according to a French police source.

The device, which involved a gas cylinder, exploded shortly afterwards, damaging windows and cars but injuring no one, the source told Reuters in Paris.

“Indonesia’s embassy in Paris has reported an explosion in one intersection near the embassy at 5.20 local (Paris) time …. It is not certain what the target of the bomb was,” Suyanto said.

“The Indonesian ambassador is in the location but couldn’t go near. Windows at the embassy are broken. There are no Indonesian casualties among citizens or staff working at the embassy,” he told reporters.

Indonesia’s Foreign Minister Marty Natalegawa said he was deeply concerned about the explosion.

“We are yet to ascertain whether the explosion was actually directed against the Indonesian embassy or whether it was by coincidence that it was located … by the embassy,” he told reporters.

“We are quite a resilient lot, Indonesians, and I don’t think it takes a little explosion to deter us from going on with the business of our activities. But we will be very vigilant obviously,” he said. 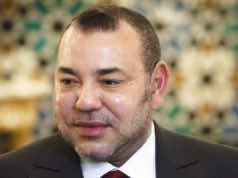