The statistics highlight the growing scale of violence suffered by many women in conservative Muslim Pakistan, where they are frequently treated as second-class citizens and there is no law against domestic violence.

Despite progress on better protecting women’s rights, activists say the government needs to do more to prosecute murderers in cases largely dismissed by police as private, family affairs.

“At least 943 women were killed in the name of honor, of which 93 were minors,” wrote the Human Rights Commission of Pakistan in its annual report.

Seven Christian and two Hindu women were among the victims, it said.

Around 595 of the women killed in 2011 were accused of having “illicit relations” and 219 of marrying without permission.

Some victims were raped or gang raped before being killed, the Commission said. Most of the women were killed by their brothers and husbands.

Only 20 of 943 killed were reported to have been provided medical aid before they died, the Commission wrote.

Despite the rising number of reported killings, activists have praised parliament for passing laws aimed at strengthening women’s protection against abuses.

Rights groups say the government should do more to ensure that women subjected to violence, harassment and discrimination have effective access to justice.

Last year, a Belgian court sentenced four members of a Pakistani family to prison for the murder of their daughter, who defied them by living with a Belgian man and refused an arranged marriage. 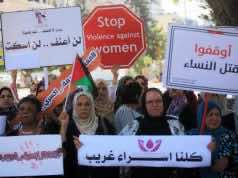