It is no surprise that better looking people enjoy higher salaries than others who are less fortunate in the aesthetics department.

People who want to climb the social ladder, do try to don the best attire, invest in perfumes and magically never have a bad hair day, because they know it works. Scientists too, have researched this and call it the halo effect, a cognitive bias that brushes one trait to influence others in one’s judgment of another person or object.

But never in life, did I expect this cognitive bias to proliferate political analysis or judgment, or that it would form one’s perception, impression and, most importantly, opinion on an event that matters.

I remember writing in one of my blogs about Syrian President Bashar al-Assad’s supporters and how many of them believed that the former eye doctor looked too innocent so could not be held responsible for events. The belief was that Assad was “too good”, too Western educated, to be that brutal. Instead, they blamed his brother Maher al-Assad for all that was wrong in Syria.

Those on the fence couldn’t be tilted into any one side because of the halo effect Assad and his ‘charming’ wife emanated. I remember sitting in a coffee shop along with my friends ? one Syrian and the other British ? both of whom said that Assad and his wife did not entertain notions of harsh, dictatorial aesthetics. Instead, they were ‘hip,’ Western educated individuals who had a chance to reform and were doing just that.

The halo effect had once even infiltrated international ranks as was evidenced when French President Nicolas Sarkozy rebuffed warnings on Assad. When told by aides that Assad was in reality an appalling tyrant, Sarkozy is said to have replied “With a wife as modern as that, he can’t be completely bad.”

The sly, shrewd Asmaa, even fooled Angelina Jolie’s partner Bratt Pit, when he visited Syria and was happy to be photographed with the First Lady who was portrayed as a dedicated person who did a lot of charity work.

How the leaked emails have exposed the Assads.

Both derided, scoffed and made of fun of reforms promised to Syrians. Both went on an online shopping spree while the country burned and children were killed. The hefty expenses of the modern day Marie Antoinette, Asmaa, were spent on shoes, luxury items that could have aided a Syrian family or, at least gained their support.

Wonder if these leaked email will prove to be a big wake up call to unite Syrians and reduce Assad’s support base, especially from minorities … Or will their fear of turning into another Iraq or the rise of Islamists will keep them shackled to their beliefs? 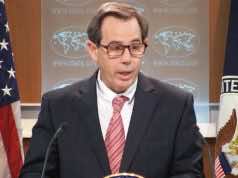