Developing people that are willing to take entrepreneurial risks and become a pole for economic development in Africa is a prerequisite for the continent to unleash its full potential.

In a paper prepared for the African Finance and Economic Development Ministers meeting in Addis Ababa in Ethiopia, taking place from 26 to 27 March 2012, the President of African Monitor, Archbishop Njongonkulu Ndungane, says that much effort and resources have been put into skills development through education and vocational training.

“But that would be worth nothing if the knowledge and skills are not tapped into and the people are not connected to opportunities.”

Building the capacities and capabilities of grassroots communities to be meaningfully involved in the economy, however, was an investment in the future of the continent.

African Monitor, an organization that monitors development funding commitments, funding delivery as well as the impact on grassroots communities, already has a delegation in Addis Ababa, led by its Director, Ms Namhla Mniki-Mangaliso, to lobby and monitor the meeting’s progress.

“We believe that in order to unleash Africa’s potential we need to move away from viewing our people’s contribution in the economy as mere employees,” he said. “We believe that investing in people should be viewed as a capital project in itself whereby the states seeks to awaken the grassroots potential.

“In our many interactions with people throughout the continent, we are constantly told that they do not want handouts. Rather, they want the opportunities and capabilities to eke out their own livelihoods. They need economic, political and social systems created to support and strengthen what they are already doing to earn a living. They need more catalysts.”

Ndungane said that enterprise has always been part of village life in the continent and with the high levels of unemployment most African societies have retreated back to various income-generating activities and small businesses in their communities.

“This retreat should be viewed as strength and not as a weakness,” he added. “Policy interventions should capitalize on this, because this means that in most African societies, people have the inherent drive and propensity towards enterprise.”

Ways must be found to develop and strengthen the economic, social and political systems and improve service delivery in Africa in order to realize Africa’s grassroots economic potential.

“How much and how good the resources are will determine the impact it will have. Effective service delivery, which includes basic services such as education, health, water, sanitation and economic assistance to entrepreneurs, will require scaling up of this aid.

“But,” he pointed out, “with increased aid comes increased responsibilities. Communities will need to hold their governments accountable in order to ensure that their needs are met.

“An inability to ensure that service delivery needs are met will have catastrophic consequences especially in the growth of the entrepreneurial sector of which Africa’s potential as a pole for global growth rests.” 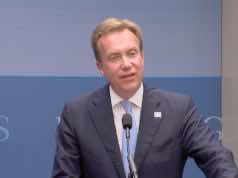 Norway Congratulates Morocco on its Return to African Union 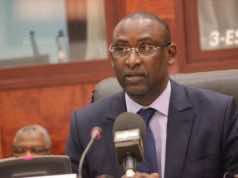