Some 450,000 litres of fuel were delivered to the crisis-hit Gaza Strip early on Friday through Israel’s Kerem Shalom border crossing, Israeli and Palestinian sources said.

An Israeli military official confirmed that the Kerem Shalom terminal had opened at 7:30 am (0530 GMT), to allow 450,000 litres of fuel to be transferred into the Hamas-run territory.

“450,000 litres of fuel are being delivered to Gaza today,” said Guy Inbar, a spokesman for COGAT, the military division in charge of coordinating access to and from Gaza.

And a source within Gaza’s government said that 13 tankers, “each with a capacity of 45,000 litres,” were at the border crossing.

The delivery was made just hours after Egyptian officials reached an agreement with Israel to permit the transfer of fuel to enable Gaza’s sole power plant to function.

“Thanks to efforts by Egypt, in coordination with Hamas, prime minister Salam Fayyad and due to a decision by president Mahmud Abbas, an agreement was reached to resume the supply of diesel, via Israel, to Gaza’s power plant through the Kerem Shalom terminal,” a senior Egyptian official told AFP overnight.

The agreement with Israel was to involve the delivery of 900,000 litres of fuel, he said. It was not immediately clear when the second delivery would be made.

Fayyad’s office in a statement spoke of the delivery of “437,000 litres of fuel for the Gaza Strip today,” but warned that this was merely a “provisional solution.”

“A permanent solution will depend on a series of measures,” he added, calling for “rational and serious management reforms” in the Gaza Electricity Company.

Hamas spokesman Sami Abu Zuhri said the Islamist movement had been informed by Egypt about Friday’s delivery, and was “”pursuing efforts to find a permanent solution to this crisis.” He did not mention Israel’s involvement.

Last week, Gaza’s energy authority said it had paid Egypt $2 million towards fuel for its crippled power station, but had yet to receive anything in return.

Gaza is experiencing a major electricity crisis because of a shortage of fuel for the power plant.

The facility, which supplies nearly a third of Gaza’s electricity, stopped generating power on March 10, for the third time in four weeks, causing power cuts of up to 18 hours per day, according to the UN humanitarian agency, OCHA.

“Since 10 March, the majority of the Gaza population has been experiencing power cuts of up to 18 hours per day after the Gaza power plant was forced to shut down due to a lack of fuel,” OCHA said in its weekly report.

“These power cuts have severe humanitarian consequences on Palestinian households. The fuel and electricity shortages also disrupt the delivery of public services, including hospitals and water and waste water treatment plants.”

Gaza has long suffered outages because of shortages at its power plant, which has a maximum capacity of 140 megawatts but for some years has been able to generate only around half of that when operational.

In recent months, the situation has worsened because of a shortage of fuel, most of which is smuggled through cross-border tunnels from Egypt. 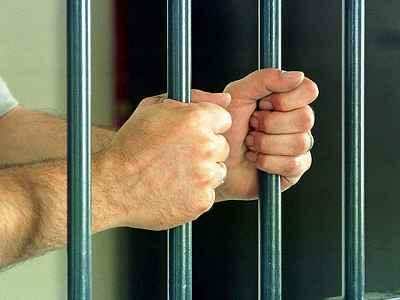 Pressure mounts on Israel to reverse on settlement activity