The French government has plans to deny entry to an influential Egyptian preacher if he accepts an invitation from an Islamic organization to visit France next month.

President Nicolas Sarkozy announced on Monday that he spoke to the Emir of Qatar, where the Muslim preacher is based, and told him that Yousef Al-Qardawi is not welcomed on French territories.

“I told the Emir myself that the French Republic will not welcome this person. I made it clear that a certain number of people invited by the Union of French Islamic Organizations will be denied entry if their values contradict those of the Republic”, Sarkozy said.

A close aide to President Nicolas Sarkozy had announced the decision of the French government earlier.

Presidential aide, Henri Guaino, said the government would take measures to block the entry of Sheikh Yousef al-Qaradawi if he seeks to take up the invitation from the Union of French Islamic Organizations (UOIF), a Muslim umbrella group.

“The French government does not want any extremist preachers entering its territory,” Guaino, a special advisor and speech writer to Sarkozy, said.

“This person does not require a visa because he holds a diplomatic passport, but measures could be taken to prohibit him from entering France,” he added.

Qaradawi, who is based in Qatar, is one of the most widely respected Sunni Muslim clerics in the Arab world and a household name in the Middle East.

The issue of Islam and immigration in France has come to the fore of the presidential election since a French man of Algerian origin, Mohamed Merah, killed three Jewish children, a rabbi and three soldiers before being shot dead himself by a police sniper on Thursday.

Sarkozy, who is running for re-election, announced a crackdown on followers of extremist Islamic messages on radical websites in the wake of a spate of killings by an al Qaeda-inspired gunman.

The International Union of Muslim Scholars, headed by Sheikh Yousef Al-Qardawi, criticized France for denying the influential cleric a visa, but said it respects the sovereign decision.

Egyptian-born Al-Qardawi, 86, has been invited to visit next month by the Union of Islamic Organizations in France (UOIF).

“We are surprised, and we admonish France for refusing to grant Sheikh Al-Qardawi a visa. He is a moderate scholar who contributed to combating extremism in Islamic thoughts,” said the union’s secretary general, Sheikh Ali al-Qaradaghi.

But he told AFP that the Doha-based union “respects the sovereignty of states and their decisions as a principle,” and expressed “hope that Al-Qardawi would be able to visit France, the country of civilization and democracy.”

Qaradaghi also said the union condemns the “terrorist” shootings in Toulouse in which three Jewish schoolchildren and a trainee rabbi were killed.

“It is not permissible to kill children, pastors, and priests, even during war time, so what if it was during peace, and in an allied country,” he said.

“We consider France an allied country that had a major role in the Arab Spring, especially in Libya. We expect it to play a similarly strong role to liberate Syria,” he said.

By Al Arabiya with Agencies 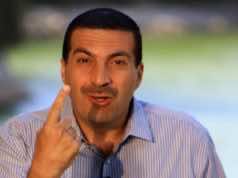 Egyptian Preacher Amr Khaled: ‘I Support All My Country’s Decisions Regarding Qatar’