Morocco World News
Home News Maghreb Tunisia constitution will not be based on Islamic law: party

Tunisia’s governing Islamist party said it will not enshrine Islamic law in the new constitution and will maintain the secular nature of the north African state, putting it sharply at odds with hardliners.

Ennahda, which emerged as the biggest party after Tunisia’s first democratic elections last year, said on Monday that it would keep the first article of the 1956 constitution in the new basic law now being drafted.

“We are not going to use the law to impose religion,” Rached Ghannouchi, leader of the moderate Islamist party, told a press conference.

The first article of the previous constitution stipulates that “Tunisia is a free, independent and sovereign state, its religion is Islam, its language is Arabic and it is a republic.”

The Ennahda decision “aims to strengthen the national consensus and promote the country’s successful democratic transition by uniting the majority of political forces to confront the challenges facing the country,” added another leading figure in the party, Zied Doulatli.

The decision angered the ultra-conservative Salafists in Tunisia, who have been pushing for sharia to be enshrined in the constitution and staged a number of demonstrations to press their demands.

“This is a betrayal of all those who voted for this party…and the principles of the Islamist movement,” Hechmi Haamdi of the hardline Islamist Al-Arydha movement told AFP.

Ennahda won 90 of the 217 seats in the new constituent assembly following the first election after longtime dictator Zine el Abidine Ben Ali was toppled in January. 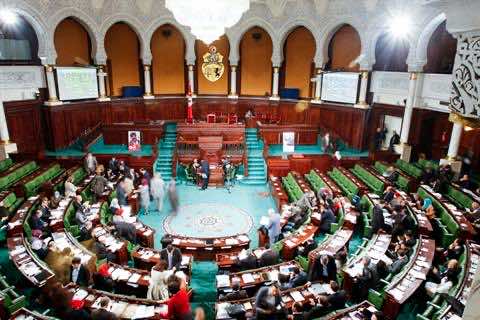