New York - Last Thursday, the Washington DC-based Academy of Ibn Khaldoun organized an open discussion between Mr. Mustapha El Kahlfi, Minister of Communication and official spokesperson of the Moroccan government, and members of the Moroccan community and Moroccan journalists in the United States. The discussion was an opportunity for candid interaction and engagement to better understand Morocco's PJD-lead coalition government, its main agendas and policies as well as the road map towards honoring its electoral promises. 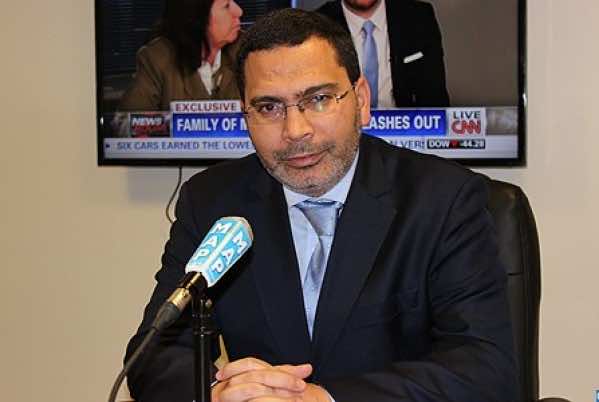 By
Adnane Bennis
-
Adnane Bennis is a national of Morocco, obtained his Bachelor’s Degree in Computer and Information Science from East west University in Chicago.
Apr 10, 2012
Spread the love

New York – Last Thursday, the Washington DC-based Academy of Ibn Khaldoun organized an open discussion between Mr. Mustapha El Kahlfi, Minister of Communication and official spokesperson of the Moroccan government, and members of the Moroccan community and Moroccan journalists in the United States. The discussion was an opportunity for candid interaction and engagement to better understand Morocco’s PJD-lead coalition government, its main agendas and policies as well as the road map towards honoring its electoral promises.

Mr. El Khalfi’s speech discussed Morocco’s developments and reforms within the larger context of the Arab Spring. He highlighted the role of the Moroccan community in supporting Morocco’s push towards greater democracy and shared some insight on the outcome of the first hundred days after the new coalition government took office. Mr. El Khalfi stressed the importance of   Morocco’s ongoing democratic and reform process, one that he labeled “the third path”–between revolution and the old system of political control. Mr. El Khalfi alluded to current debates regarding the political transformations that are taking place in the MENA region, notably Tunisia, Libya, Egypt, Jordan, Syria, Yemen as well as Morocco. Arab nations have demonstrated, through revolutions, their unequivocal demands for political reform, democratic representation, social justice and the eradication of corruption.

Mr. El Khalfi indicated that Morocco also suffers from social inequality, corruption and governance malpractices that thwart socio-economic development and slow the pace of political reforms set in motion by King Mohammed VI after he inherited power in 1999. Inevitably, the wave of the Arab Spring reached Morocco as people took to the streets demanding an end to corruption. Unlike other countries who adopted a hard-line response, Morocco accommodated people’s demands. As Mr. El Kahlfi stated, “Morocco developed what we called reforming without losing our stability, taking into account the crucial role of the monarchy in leading the country toward many reforms that happened in the past decade: reforming the family code, the recognition of the Amazigh culture, dealing with past human rights abuses by establishing a reconciliation committee, and integrating moderate Islamic movements within the political and social process.”

According to Mr. El Kahlfi, these developments paved the way to “a revolution by means of the ballot box” as the kingdom was moving towards a second generation of “gradual, democratic and genuine reforms.” The positive reaction of the Monarchy embodied in the March 9 speech opened the doors to reforming the constitution, which was approved in a national referendum. This new constitution gives more power to the executive branch lead by the head of government, recognized the Amzighi language as a national language, endorsed human rights as recognized worldwide, and codified new provisions related to good governance, transparency, and the rule of law, among others.

Before assessing the performance of his government during the first hundred days in power, Mr. El Khalfi briefed the audience on Morocco’s socio-economic and political challenges. The Minister identified lack of good governance by previous administrations, the harmful effects on unfulfilled and failed projects, flawed planning and deficiencies in implementing long-term developmental strategies. Mr. El Khalfi emphasized the importance of accelerating the government’s anti-corruption strategy, promotion of the good management of public funds, transparency in allocating public subsidies and equal and fair opportunity in government procurement. To this end, the government is pushing a new economic policy that aims at generating 5 to 7 per cent annual growth in order to absorb joblessness and enhance the purchasing power of citizens in order to reduce social vulnerability and decrease poverty.

Mr. El Khalfi, then, spoke about the key provisions that his government put in place during its first hundred days in power. He underlined the main objectives as: implementing the provisions of the constitution, fighting corruption, promoting open government and good governance. He enumerated certain government initiatives such as the creation of public funds to mitigate public discontent over social inequality, including the solidarity fund and the alimony fund for divorced women and widows. As he stated, “the government is committed to implementing a revolutionary training system and a new employment system based on total transparency and profound rationalization of public expenditure.”

Mr. El Khalfi also mentioned the Moroccan community’s vital role in supporting their home country at the political and economic levels. Audience members hailed his eloquent speech, humble attitude and his eagerness to listen to their opinion, concerns and answer their questions. To some Moroccans living in Washington D.C and Northern Virginia, the minister’s visits tops those made by his counterparts in terms of his performance, attention by Moroccan and American journalists, and warm reception by international NGO such as Human Rights Watch and the Carnegie Endowment.

Mr. Youssef Eddazi, a Moroccan journalist with Radio Sawa, captured the mood of every participant when he stated, “we were happy to have Mr. El Khalfi among us here in Washington DC and Virginia. The meeting he held with the Moroccan community was very interesting.” “For me, the most important aspect of the minister’s visit is that he devoted his time to meet with the Moroccan community and to listen to their opinions and views, as well as needs. I was impressed by how many of them are ready to help and contribute to make our homeland a better place. All in all, it was one rare occasion when the community could have a frank and transparent democratic talk with the minister. We hope other ministers will follow suit and turn this into a tradition,” Mr. Eddazi added.