The meeting was an opportunity to assess the Moroccan-US trade relations and discuss ways to promote them, Amara said in a statement to MAP news agency, underlining that the talks come in the wake of the meeting of the G8 countries as part of the Deauville Partnership.

Unlike privileged political relations, trade and economic ties between Morocco and the United States remain “limited,” said the minister.

At this meeting, which was attended by officials from the White House, it was agreed to adopt several approaches in order to open up new prospects at the bilateral relations, particularly in terms of U.S. investment in Morocco and Moroccan exports to the American market.

Recalling Morocco-U.S. Free Trade Agreement, Amara stressed on political and economic reforms undertaken by the Kingdom, noting that these reforms empower the country to unhindered access to the U.S. market.

For him, scheduled meetings on Wednesday and Thursday near the Dead Sea, between the G8 countries and the Partnership of Deauville (Morocco, Jordan, Egypt, Tunisia, Libya) will appreciate the provision of the G8 to support financial and technological assistance to partner countries in Deauville, to open their markets to these countries and to boost bilateral relations.

Amara met with Jordanian Minister of Industry and Commerce.

The two parties discussed on this occasion the partnership of Deauville and bilateral relations, notably trade.

During this interview, qualified as “positive” by Amara, the two officials agreed to hold a meeting soon on the Agadir Agreement assessment. 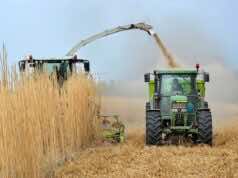