Norwegian Anders Behring Breivik was sane when he killed 77 people last summer in attacks he saw as punishing pro-immigration “traitors”, a psychiatric team said on Tuesday, contradicting a prior report that found him psychotic.

Breivik has insisted he is mentally stable and demanded that his attacks – the most violent in Norway since World War Two – be judged as political rather than the work of a deranged mind.

His trial on terror and murder charges is scheduled to start in Oslo next week and last 10 weeks. The new report could give judges grounds to sentence Breivik to prison.

Breivik, 33, has admitted detonating a bomb that killed eight people at government headquarters in Oslo on July 22, then massacring 69 people with gunfire at a Labor Party summer camp. Most of the summer camp victims were teenagers.

“We’re talking about psychosis, and we have found no evidence of it,” psychiatrist Asgar Aspaas told reporters after submitting the 310-page report based on weeks of round-the-clock observation.

Aspaas was one of two experts appointed to provide a second opinion after a previous team using different methods found Breivik to be a psychotic who also suffered from paranoid schizophrenia. The initial finding caused a public uproar.

“It’s a completely open question now,” said Jo Martin Stigen, a University of Oslo law professor. “I don’t think we can rule out that he will be considered legally sane in the end.”

The dueling psychiatric teams are expected to defend their diagnoses in court, an unusual event in Norway. The final ruling will be made by a five-judge panel as part of its verdict at the end of the trial.

Breivik’s attorney, Geir Lippestad, has said he would call political experts and historians to testify that Breivik’s world view is shared by others. He would also call a radical Islamist cleric who holds a similar view that European and Islamic culture are irreconcilable.

According to the lawyer, Breivik plans to tell the court he regrets “not going further.”

“This will be extremely difficult, an enormous challenge to listen to his explanations,” Lippestad told reporters. “He will not only defend (his actions) but will also lament, I think, not going further.”

If he is found guilty and the judges side with the latest psychiatric report, Breivik could face 21 years in prison with the potential for unlimited extensions to prevent him from repeating his crimes.

If Breivik is ruled psychotic he could face an indefinite period of psychiatric care in a locked facility.

Breivik, who has said being sent to a psychiatric ward would be “worse than death”, wants to be declared sane, according to his lawyers, so as not to damage the political message presented in his 1,500-page manifesto published online shortly before the twin July attacks.

War to save Europe

At a preliminary hearing Breivik denied criminal guilt and suggested his actions were part of a war to save European culture.

“I am a military commander in the Norwegian resistance movement and Knights Templar Norway,” Breivik said, echoing a written manifesto in which he called himself “a hero of Europe, a savior of our people and of European Christendom.”

The new psychiatric report was not made public except for its main conclusions, while key parts of the prior evaluation made their way onto media websites.

“The background for the killings are his paranoid psychotic delusions that he is a participant in a civil war where he is responsible for deciding who lives and dies,” the first report said.

“His mission is to save the entire western world’s culture and genes.”

In a letter last week to news media, Breivik called the initial finding of psychosis a “humiliation” and said the experts seemed too traumatized by the killings to be objective. 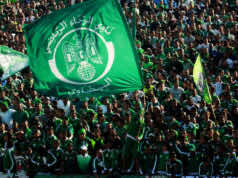