The European Union welcomed on Tuesday the official launch by King Mohammed VI, on Monday in Casablanca, of the Medical Assistance Program (RAMED), reaffirming its support to health reform in Morocco.

“I welcome the official launch of RAMED which will allow an extension of the basic medical coverage and improving access to basic services to nearly 8.5 million citizens of the most disadvantaged. It is about 28% of the Moroccan population who are involved in this program,” said the head of EU delegation in Morocco, Eneko Landaburu, in a statement.

The will of the EU is to remain “committed to this process for years to come,” the source added, noting that the goal of improving living conditions of some segments of the population “remains a priority as part of special partnership with Morocco.”

“That is why, the EU supports the health sector, but also major social reforms in the field of education and literacy, as well as rural development and solidarity-based agriculture,” noted the statement.

“The European Union supports the Moroccan government as a key partner in reforming the basic medical coverage since 2002. This support has resulted in a donation of over 100 million dirhams in order to achieve two goals , namely the support for the implementation of the first part of the compulsory health insurance (AMO) for public and formal private sector workers, for the period 2002-2006, and the backing for the setting up of RAMED,” the source added.

The EU donation, which is also backed by a loan from the African Development Bank (ADB), “fits perfectly with the Declaration of the new government that includes medical coverage, improving access to quality care, reducing disparities between rural and urban areas and bringing down maternal, infant and perinatal mortality,” noted Landaburu. 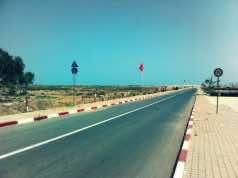 Reflections on COVID-19 in Morocco and Steps for Reform