A massive earthquake struck off Indonesia’s Sumatra island on Wednesday, triggering an Indian Ocean-wide tsunami alert and evacuation orders to clear people away from the coast.

The quake’s magnitude was 8.6, according a revised reading from the US Geological Survey, and struck 431 kilometres (268 miles) off the Indonesian city of Banda Aceh where terrified residents poured into the streets.

The city was near the epicentre of a devastating 9.1-magnitude quake in 2004 that triggered a tsunami across the Indian Ocean which killed 220,000 people, including 170,000 in Aceh province which lies on the northern tip of Sumatra.

The latest tremor was felt as far afield as Thailand, where skyscrapers in the capital Bangkok swayed. India, Indonesia, Malaysia, Sri Lanka and Thailand all issued evacuation orders.

Indonesian President Susilo Bambang Yudhoyono said there was “so far no tsunami threat” after the quake but that the country remained on alert.

Residents in Banda Aceh reported the ground shook for about five minutes, first mildly and then growing violent.

“There are people trying to evacuate, some are praying and children at a school were panicking as teachers tried to get them out,” an AFP correspondent in Banda Aceh said.

“There are traffic jams everywhere as people are trying to get away from the coast — many are on motorcycles,” he said, adding that telephone connections and electricity were patchy.

US monitors issued an Indian Ocean-wide tsunami watch but said it was not yet certain a giant wave had been generated.

“Earthquakes of this size have the potential to generate a widespread destructive tsunami that can affect coastlines across the entire Indian Ocean basin,” the US Pacific Tsunami Warning Center said.

Sri Lanka issued a tsunami warning across the island and the disaster management centre asked residents on the coast to move inland to avoid being hit by any large waves.

A government statement said waves could hit the island’s eastern coast by about 1040 GMT and urged an orderly evacuation of the coastal strip.

In the Sri Lankan capital Colombo, nervous crowds gathered on the streets after the strong quake.

“There was a first jolt for five seconds, then a pause and then a really big one. It was really frightening, the whole room was shaking,” said 42-year-old tourist Maria Teresa Pizarro from the Philippines.

“You could hear the wood in the furniture cracking, the curtains were moving and the ceiling fan was rattling. I just picked up the children and ran downstairs,” she said from the city’s coastal Galle Face hotel.

Thailand issued an evacuation order for its Andaman coast, a popular tourist destination. The National Disaster Warning Centre advised people in the area to move to higher places and stay as far away as possible from the sea.

“All people along the Andaman coast must evacuate to safe areas. We expect a tsunami 1.6 to 2.0 metres high to hit Phuket and Phang Nga at 5:40 pm (1040 GMT),” the centre’s director Somsak Khaosuwan said on Thai television.

India issued a red high-level tsunami warning for the Andaman and Nicobar Islands, located in the Indian Ocean, and lower alerts for the populous coasts of Andhra Pradesh and Tamil Nadu states in the southeast of the country.

Australian Bonnie Muddle, on vacation in the Thai resort island of Phuket, said people were being evacuated from popular tourist areas including Krabi and Phang Nga bay.

“Everyone is getting a little concerned over here,” she told AFP.

The catastrophic tsunami of December 26, 2004, was generated by a 9.2-magnitude earthquake that hit at a location in the ocean about 200 kilometres away from the latest quake.

Last year, a 9.0-magnitude earthquake caused a tsunami and nuclear disaster in Japan, killing some 19,000 people. 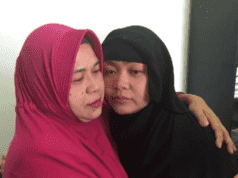 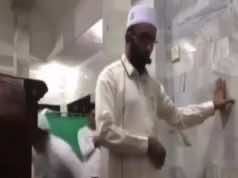