“We were told forget it, you can’t win… We were winning because we were touching hearts and raising issues.” It is with such words that former Pennsylvania senator Rick Santorum announced the suspension of his campaign. Santorum was seeking the Republican nomination for the 2012 Presidential elections along with three remaining active candidates, former Massachusetts governor Mitt Romney, former House Speaker Newt Gingrich, and congressman from Texas Ron Paul.

Many in the Republican Party are relieved that Santorum, who was second to Romney, the leader in the total delegate count by a significant margin, has finally decided to call it quits. Relieved because they consider prolonging the primaries will only hurt the eventual Republican candidate chances Romney against the incumbent democratic candidate President Barack Obama.

In his campaign-suspension speech, Santorum cited the illness of his daughter Bella, whom he said had spent the entire past weekend in the hospital, as a main reason he concluded his bid for the 2012 presidential elections. What he but left out is the inevitable outcome that Romney will be the eventual Republican nominee given that he has the most delegate counts with an insurmountable margin from the second place he held.

Indeed, as of today, Romney has amassed a total of 661 delegates with a total of 63,826 votes while Santorum, Gingrich, and Ron Paul have accumulated 285, 136, and 51 delegates respectively, as reported by the Wall Street Journal.  With a nomination threshold of 1,144, Mitt Romney’s win is by far the most likely outcome, statistically speaking or otherwise.

But that is not enough for Gingrich to also end his race.  “I am committed to staying in this race all the way to Tampa so that the conservative movement has a real choice,” he said to the Craven County Republican party. As for Santorum and his withdrawal, Gingrich stated that “Rick has waged a remarkable campaign.” This praise was not without ulterior motives. Gingrich later added “I humbly ask Senator Santorum’s supporters to visit Newt.org to review my conservative record and join us as we bring these values to Tampa.”

As for Ron Paul, his campaign chairman Jesse Benton had kind words for Santorum to whom he sent his “congratulations to Senator Santorum on running such a spirited campaign.” He also added “Dr. Paul is now the last – and real – conservative alternative to Mitt Romney” signaling that Ron Paul is staying the course and will remain in the race for now.

In turn, the inevitable Republican nominee Mitt Romney praised Santorum and called him “an able and worthy competitor”. He then added “we both recognize that what is most important is putting the failures of the last three years behind us and setting America back on the path to prosperity.” These are very carefully crafted words that aim at luring Santorum supporters to Romney’s camp.

The Republican Party is slowly but surely getting ready for a showdown with the President over the oval office, but it does them a disservice in the long run if their candidates’ “infighting” continues.

Jamal Laoudi is a Moroccan national. He received a Bachelor’s of Science in Computer Science and a Bachelor’s of Art in Economics.  He is employed with the Adelphi Research Laboratory and serves as an independent consultant in Computational Linguistics.   He contributes to various news and community portals including Aljazeeratalk.net, Moroccoworldnews.com, and wafin.com. 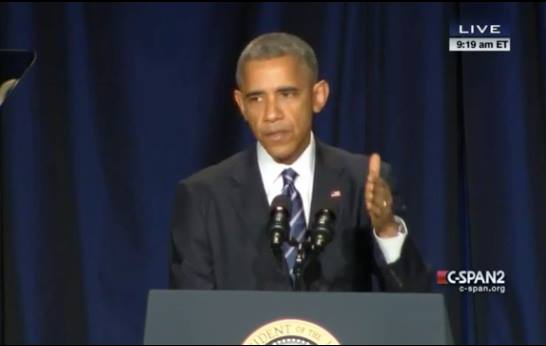