Morocco World News
Home Culture The Cultural Dialogue between the Two Shores of the Mediterranean: Morocco and...

Within the framework of the 5th edition of the Cultural Days organized at the University of Granada, Spain, a seminar will be held under the title “The Cultural Dialogue between the Two Shores of the Mediterranean: Morocco and Spain” in April 10-16. This seminar will be centered on the Moroccan traveler Mustafa Zemmouri (known also as Estevanico) who took part in the adventure of discovery of the American continent in 1527-1539 along with the Spanish explorer Álvar Núñez Cabeza de Vaca.

The inaugural lecture of the seminar, which will be divided into two parts, will be presented by the Moroccan professor Choaib Halifi, followed by interventions by other professors from Spain and the US.

The first part will focus on presenting and shedding light on the cultural and historical background of the first half of the 16th century. Then there will be a comparison between the captivity of both Musatafa Zemmouri and Hassan al-Wazzan (known also as Leo Africanos) at close periods of time and the path each one of them led to take part of history and produce knowledge.

The second part will present details of Mustafa Zemmouri’s journey which is divided into 7 main stages that will be discussed and analyzed at length. 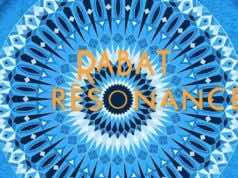