The general coordinator of the National Coordination of Unemployed Graduates, one of four coordinations involved in the July 20, 2011 minutes, Mohamed Amine Sekkal, said the government has “reneged” on its commitment to conduct direct employment of these high graduates.

In a statement to MAP news agency, Sekkal said the recent position taken by the government over this issue “contradicts his previous statements to comply with the minutes providing for the direct recruitment of the concerned high graduates.”

Communications Minister, government spokesman, Mustapha El Khalfi, said Thursday at a press briefing after the weekly cabinet meeting, the Head of Government decided to submit for consideration by the General Secretariat of the Government the file of direct employment in civil service of the groups which signed the minutes of July 20.

“The direct recruitment, he said, is not possible from a legal standpoint because the constitution clearly stipulates in its Article 31 that the government is committed to ensuring equality among citizens in access to the public service based on merit.”

According to Mohamed Amine Sekkal, the Minutes of July 20 “was signed while the ministerial decree of April 2011 providing for the direct integration of unemployed graduates was still in force.” The coordination involved, he added, are determined to “continue their struggle, to demonstrate peacefully and to rely on the law to assert their legitimate claims on direct employment.”

The previous Executive had signed on July 20, 2011, a minute with four coordinations representing unemployed graduates, under which it undertook to carry out their direct integration into the civil service in 2012. 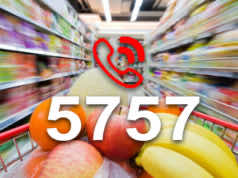