Eric Gerets, the coach of the Moroccan National Team, is looking for a strong local Moroccan team that can participate and compete in the Arab Cup 2012, which will be held in Jeddah and Taif in Saudi Arabia, from June 22 to July 6.

Gerets excluded the WAC, CODM and MAS players from the list, as they are committed to the African competitions. However, Gerets’ list includes Abdelhadi Helhoul from MAS who will not participate with his team at the match against Zamalek of Egypt, as he had received a red card in the first round of the African Champions League competitions.

The initial list of the local players summoned by coach Eric Gerets to form the local team is as follows:

Eric Gerets, has been at the center of heated controversy in Morocco following the humiliating elimination of the Moroccan national team in the first round of the African Cup of Nations, held in Gabon and Equatorial Guinea from January 12 February. The overwhelming majority of Moroccan fans urged the Moroccan Football Federation to dismiss him and replace him with a national coach. African that fiasco, many still question still question his ability to qualify the Moroccan team to the 2014 World Cup in Brazil. 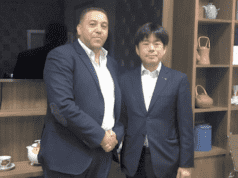 Are all Moroccans Exempted from visa to Enter Spain?

When Moroccan “Charity” Begins Next Door 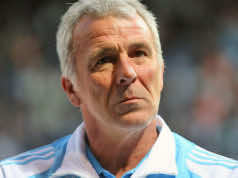 Gerets Dismissal To Be Announced Saturday