Morocco expects its 2012 tourism receipts to at least match last year’s as it relies on a growing focus on eastern European and Middle Eastern markets to mitigate any decline in tourist arrivals from the euro zone, the tourism minister said.

Tourism has been the main pillar of economic growth plans for the past decade. It is now Morocco’s biggest source of foreign currency — key to keeping the country’s fragile balance of payments afloat — and at once the second-biggest employer and contributor to Gross Domestic Product (GDP).

In an interview with Reuters, Lahcen Haddad said Morocco’s tourism development ambitions would fly higher if its flag carrier strikes a partnership with a major airline, probably from the Gulf Arab region, although no deal is on the agenda.

The fortunes of the sector have taken centre-stage after bad weather hurt agriculture, the biggest sector in the economy, forcing the government to slash as low as 3 percent its growth projections for 2012, well below the 5.5 percent annual growth it says is needed to boost jobs.

While he did not dismiss the likelihood of a decline in tourist arrivals in 2012, Haddad said the impact will not be felt at the level of receipts.

“Last year, both tourist arrivals and the number of night stays declined (compared to 2010) yet receipts rose by about 4 percent. It measures the degree of receipts’ resilience,” Haddad said.

Receipts stood at 58.7 billion dirhams in 2011, a year that saw the country’s current account deficit rise to 6.5 percent of the $97 billion gross domestic product (GDP). Tourism accounts for 10 percent of GDP and directly employs 400,000.

A third of tourists visiting Morocco come from France, followed by Spain, Italy, Germany, the United Kingdom and Benelux countries.

“Seventy percent of tourist arrivals in Morocco travel independently and the majority of them stay at five-star hotels,” Haddad said.

“I don’t think receipts from the main European markets will decline (in 2012) because there is a segment of tourists who have not been affected by the crisis in the euro zone, the high-end market.

Morocco is focusing more of its tourism promotion on Russia, Poland, the Czech and Slovak republics, Haddad said.

“These are emerging markets where the purchase power is improving and where more and more citizens can afford to travel abroad,” he said.

“We have to start charter flights from Bratislava, Prague, Warsaw and St Petersburg,” said Haddad, without fixing a timeframe.

Rabat is also seeking more tourist arrivals from Scandinavian countries. “It used to be a big market for us, we are now trying to reconquer it”.

Moroccan authorities are also in talks with Gulf Arab airlines establish direct flights to Moroccan airports other than Casablanca, such as Marrakesh and Agadir.

“We need an important fleet (of aircraft). RAM can’t do it alone, so we will need to rely on other airlines,” he said, referring to Morocco’s aim to almost treble tourism receipts by 2020.

On Tuesday, a senior RAM official told Reuters it is seeking a larger strategic partner to regain profitability and stand up to increased competition from low-cost carriers.

“I don’t think we should privatise RAM but we may always find ways to partner it with a major operator, maybe from the Gulf (Arab region),” said Haddad, who as tourism minister, is a member of RAM’s board. 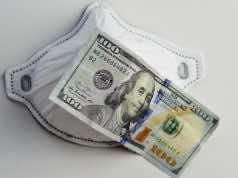 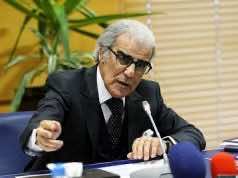