An American study has recently revealed that people who use tanning salons are at a greater risk of developing skin cancer due to the prolonged exposure to artificial ultraviolet rays emitted from tanning beds. The study indicated that over the last few decades, artificial rays have had a harmful impact on Americans less than 40 years of age.

Published in the March issue of the Mayo Clinic Proceedings magazine, the study looks at statistics from the 18 to 39 age group, who developed skin cancer between 1970 and 2009. Researchers have indicated that the risk of being diagnosed with skin cancer, due to artificial tanning, has multiplied eight times among women and four times among men. Dr. Jerry Prero, author of the study, has concluded that using Solarium, a skin-tanning machine, increases the possibility of developing skin cancer by 75%. This is especially alarming for women as they tend to use tanning salons more than men.

Notwithstanding awareness campaigns about the danger of using tanning machines, women continue to use salons for their tanning needs. While the study raised alarm about the harmful side-effects of artificial tanning, it did mention that skin cancer is curable if detected very early as demonstrated by the decreasing number of the skin cancer victims between 1970 and 2009.

But we should proceed cautiously regarding the good news about early detection and treatment. Another American study has demonstrated that being exposed to artificial ultraviolet rays doubles the risk of developing skin cancer. Researchers at Yale University have conducted a study in which 267 subjects, below the age of 40, were diagnosed with skin cancer cells. Another 390 subjects were found to suffer from skin problems. The researchers set out to draw a comparative analysis between the two categories to show that users of tanning machines are prone to skin cancer by 69% more than non-users. Researchers have also warned against heavy use of the machines because this might also lead to the most hazardous kind of skin cancer. They also urged women to forgo exposure to artificial ultraviolet rays at early ages as this will help avoid the disease. 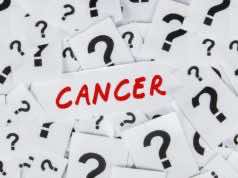