Among the relations that Moroccans maintain with other countries, the one they keep with Spain is by no means the most passionate. 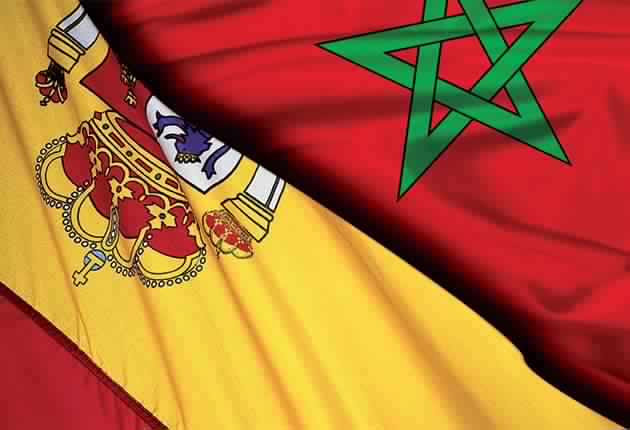 New York – In their relationship with Spaniards, Moroccans always feel the syndrome of a non-shared love, and find it hard to explain why Spaniards still have hostile positions towards Morocco and why the latter’s image is still dark amongst them. As I have shown in my previous articles, the way in which Spain built its national identity and its collective memory after the expulsion of the Moors is key in understanding the continuous misunderstanding between Moroccans and Spaniards.

Yet most Moroccans who learned of the latest opinion polls conducted in Spain, have been taken aback by the low esteem that Spaniards hold towards Morocco and Moroccans.

Many are wondering about the root causes of this disreputable image of Morocco in Spain. Is it due to the territorial dispute between the former and the latter concerning the enclaves of Sebta and Melillia? Is it to be blamed on the competitiveness between the agricultural products of both countries in accessing the European market? Is it due to the diminishing fishing rights granted by Morocco to the European Union? Or can it be attributed to the increase in Spain’s Moroccan population and the way in which the Spanish perceive their presence in the country.

There is no doubt that the factors cited above are not conducive to laying the ground for a better relationship between Morocco and Spain, marked by mutual respect and understanding. However, to give an accurate and comprehensive answer to the reasons that prevent the twp peoples from maintaining tension-free relations, one cannot overlook the notorious role that the Spanish military played in depicting Moroccans over the past two centuries and establishing their bad reputation in Spain.

There is no doubt that the Spanish political and military leaders and their religious elite have a major responsibility in engraving in the Spanish collective memory a negative image of Moroccans. It is noteworthy in this regard, that during the second half of the nineteenth century and early decades of the twentieth century, Spanish officials spared no effort to consolidate and entrench in their society’s collective memory the image of Moroccans as being traitor, wild and bloodthirsty. This terribly negative image of Moroccans was a double-edged weapon that was exploited by officials across the spectrum, be they supporters of military intervention in Morocco or its opponents.

For supporters of the intervention, represented by soldiers who tried every means to acquire legitimacy for their military action in Morocco, it was of paramount importance to exaggerate and emphasize the supposedly bloodthirsty character of Moroccans to arouse the patriotic feeling of the Spanish public and mobilize young people to go tame the “brutal Moroccans.”

For the opponents of this intervention, at the helm of which were trade unionists and socialists, it was of equal importance to advance the same allegations and highlight the wild character of the Moroccan in order dissuade the young Spaniards of venturing to participate in the war in Morocco by highlighting its risks. The purpose of this strategy was to convince young Spaniards to refuse to participate in their country’s military intervention in Morocco.

This deliberate manipulation for internal political reasons entrenched forever in the collective memory of the Spanish the ruthlessness of the Moroccans and, hence, the fear of their southern neighbors.

This fear was further confirmed in Spanish people’s collective memory after the outbreak of the Rif war in 1921. In July 1921, Mohammed Ben Abdelkrim El Khattabi, leader of the resistance in the Spanish-dominated zone in Morocco, inflicted a historic defeat on the Spanish soldiers, led by General Manuel Fernandez Silvestre.

The Anoual battle contributed a lot to the consecration of this image. On July 22, 1921, Abdelkrim launched his assault on the Spanish outposts located at Anoual. After three weeks of fierce battles at Anoual, and thanks to his troops’ knowledge of the field and their unheard-of courage, 14,000 Spaniards perished in tragic conditions, while the rest of Spanish garrisons were forced to retreat to Melilla.

According to the Spanish writer Manuel Leguiniche (Annual 1921, El desastre de España en el Ri), following the trauma that this war caused in Spanish society, names such as El Barranco del Lob or el Gurugú mountain- located in the area which witnessed the fiercest battle between Spanish soldiers and Abdelikrim’s forces- began to conjure up some of the worst memories rooted in the collective memory of Spaniards.

Moreover, the participation of Moroccan soldiers in the Spanish Civil War (1936-1939) and the “critical” role they played for Franco’s victory sealed forever the bad image of Moroccans in Spain.

The recent history of the tense relations between Morocco and Spain is marked by a number of political events among which the re-appropriation of Sahara by Morocco. This event, happening at a time when Spain was in a critical situation as Franco was dying, was added to all the traumas of recent and more distant history and contributed to fuel hostility and distrust between Spanish and the Moroccan peoples.
This hostility is reflected nowadays even in the vernacular Spanish, where there is a profusion of stereotyping expressions that speak volumes about the age-old rivalry that existed between Spaniards and Moroccans. The following phrases are among the most used in Spanish:

In light of the sources from which the different generations of Spaniards acquired knowledge about their history and the way in which their national identity and collective memories were forged, it is normal that different sections of Spanish society have some distrust to and dislike of Moroccans. Therefore, it is not surprising that the various opinion polls, conducted for several years by the Centro de Investigaciones Sociológicas, show that Moroccans are at the top of the immigrant ethno-religious groups towards whom the Spaniards feel more suspicious.

For example, in an opinion poll conducted by the above-mentioned Spanish institute and in response to the following questions: To what extent would you be concerned that your son or daughter marries a citizen of these countries? And have as neighbors a family of each of these countries? And as co-workers?, the responses of Spaniards were unequivocal.

In response to the second question, again Moroccans came on top. Indeed, 10% of Spaniards have expressed their concern to have Moroccan neighbors, 7% to have neighbors from sub-Saharan Africa, 4% to have neighbors of Latin American origin, and Eastern Europe and 3% to have neighbors from the United States and Portugal. As regards the third question, 7% of Spaniards prefer not to have a working relationship with Moroccans, 5% with the citizens from sub-Saharan Africa, 3% with Portuguese and Eastern Europeans, 2% from Latin American, 2% from the United States and the European Union.

This bad image of Morocco and Moroccans in Spain has been confirmed recently by the latest opinion poll conducted by the Spanish Real Instituto Elcano de Estudios Estrategicos. According to the poll, over a third of respondents view Moroccans as a “threat” to Spanish society, whereas 60 percent see them as Islamists and more than 90 percent view them as “macho”. On the other hand, nearly 80 percent of Spaniards believe that Morocco should not enter the European Union, and the overwhelming majority of the country (84%) views its southern neighbor as an “authoritarian” country where human rights “are not respected” (74%). In addition, 34% of respondents consider Morocco an enemy of Spain, while 43% believe that their southern neighbor is a violent country.

Samir Bennis is the co-founder and editor-in-chief of Morocco World News. He can be followed on twitter @SamirBennis