Morocco World News
Home Top News Beyond Breivik, Hate in Europe is on the Rise

By Benjamin Ward (HRW)With the eyes of the world on the Oslo district court, there are stark contrasts on display. The twisted and hate-filled logic of Anders Breivik contrasts with the calm, dignified and above all fair criminal process against him.

With the eyes of the world on the Oslo district court, there are stark contrasts on display. The twisted and hate-filled logic of Anders Breivik contrasts with the calm, dignified and above all fair criminal process against him.

There are contrasts too between the shocking terrorist atrocities he is charged with and the response of Norway and its people:  no emergency measures, no hysteria, just a reaffirmation of the fundamental importance of human rights and the rule of law.

The rest of Europe could learn a lot from Norway’s response. In the decade that followed the 9/11 attacks in the United States, some countries in Europe, including the UK and France, relied on draconian powers to combat terrorism, bypassing the criminal justice system through the use administrative detention and deportation to countries with poor records on torture. Others, including Poland, Romania and Lithuania, cooperated with the CIA on the illegal transfer, detention and torture of terrorism suspects.

The United States which is trying terrorism suspects using unfair “military commissions” could also learn from Norway. Despite his desire, like many terrorists, to be treated as a warrior, Breivik is rightly being prosecuted as an ordinary criminal.

The lessons from the Breivik case for Europe go beyond the fight against terrorism.

It may be comforting to see Breivik as a lone madman whose actions were an isolated event. But the reality is that hatred and intolerance are growing in Europe today. Three trends stand out.

First, in many European countries, populist, anti-Muslim, anti-Roma, and anti-immigrant extremist parties are now a prominent part of the political landscape.

The National Front secured almost 18 percent of the vote in the April 22 first round presidential elections in France. The Freedom Party withdrew its support from ruling coalition in the Netherlands on April 23 causing it to collapse. Until recently, extremist parties were also part of government coalitions in Italy and Switzerland. Similar parties have made significant gains in Denmark, Sweden, and Finland, and had electoral success in the 2009 European Parliament elections in Hungary, the UK, and elsewhere. An extremist party looks poised to enter the Greek parliament in forthcoming elections.

A 2011 study from Chatham House, a research and policy organization, indicates that support for these parties is a long-term trend, which in many cases pre-dates the economic downturn. And far from neutralizing extremist parties, the response of mainstream parties has served instead to legitimize the extremists, sending a message to voters that xenophobic, anti-Muslim, or anti-Roma sentiment is acceptable rather than a cause for shame.

Second, intolerance toward foreigners, Muslims and other minorities is now common among Europeans.  In polling data from 2010 by the Friedrich Ebert Foundation, half of those polled across eight EU states (including France, Germany and the UK) shared the view that there are too many immigrants, and more than 40 percent concluded the same about Muslims. Norway itself was criticized by the UN in 2011 for failing to tackle hate speech. Fears about loss of culture, terrorism, crime and competition all help explain rising intolerance in Europe.

Third, minorities and migrants encounter discrimination in housing, education and employment, as well as racist violence. Research by the EU Fundamental Rights Agency in 2009 demonstrates that Muslims and Roma experience persistent hostility and discrimination across the region. It also found that African migrants face significant problems, including discrimination and violence.

In a statement to the court this week, Breivik described members of a German Neo-Nazi gang who murdered nine migrants and a policewoman during a seven-year spree as “heroic young men.” While individual attacks are the typical pattern in Europe, intolerance sometimes spills into mob violence, including attacks on migrants in Greece and Italy and on Roma in Italy, Hungary, the Czech Republic and Slovakia.

Countering extremist parties requires political leadership. Europe’s leaders should stop aping extremists, offer a positive alternative vision to their counsel of hate, and forcefully condemn violence and discrimination against migrants and minorities rather than blaming them for crime and other social ills.

The criminal justice system and authorities should redouble their efforts to prevent and punish racist and xenophobic violence, and to enforce anti-discrimination laws. Hate speech should be robustly condemned, and prosecuted when it directly incites violence.

Europe’s approach to integration also needs to change. With European leaders like Nicholas Sarkozy, Angela Merkel and David Cameron declaring multiculturalism a failure, integration policies focus more and more on assimilation. The immense contribution made by migrants in Europe over the last decades is forgotten or ignored.

Coercive integration policies requiring certain communities to shed fundamental aspects of their identity and treat the process as a one-way street are unlikely to succeed. Sustainable integration should instead aim at giving migrants a real stake in their new home and encourage participation rather than exclusion.

Because of the courage of the Norwegian people and its government, Breivik’s efforts to change the country failed. Europe’s people and governments need to find the same courage to tackle rising intolerance and hatred in Europe. If we fail, the damage to human rights and the rule of law will be incalculable. 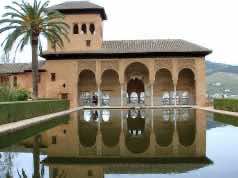 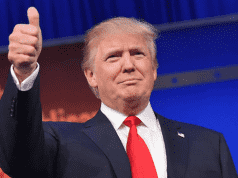 Poll: More Than Half of US Voters Think Trump is Racist