The graves of several Muslim soldiers in a cemetery in southeastern France were desecrated over the weekend, officials said Monday. The French president called the act “a slur” on the country’s history.

France has the largest Muslim population in western Europe — estimated at more than 5 million — and has struggled with Islamophobia.

A killing spree by a young Frenchman of Algerian origin this year, which targeted soldiers and Jewish children, has reinvigorated the debate over the integration of Muslims in French society.

That debate has played a big role in presidential elections, in which the far-right candidate drew nearly a fifth of the votes in the first round. President Nicolas Sarkozy has tacked hard to the right in the hopes of winning over those voters and, with them, Sunday’s decisive second round.

The French Muslim Council condemned the desecration of the graves and called it cowardly. Local press reported the vandalism included racist sayings scribbled on the tombstones.

Sarkozy expressed indignation at the “serious slur against our history” in a statement from his office that said the graves belonged to French soldiers. 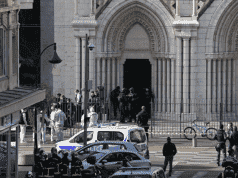 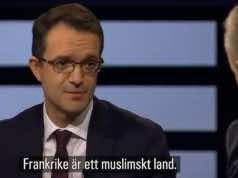