Morocco has the highest rate of internet users in North Africa on the back of its national strategy for information and digital economy “Digital Morocco 2009-13”, Oxford Business Group (OBG) said.

Under this strategy, the country has seen the number of people connected to the internet rise to around 49% of the population, and more people are set to be connected with the roll out of 4G technology and fibre-optic networks later this year, it noted.

Launched in 2009 by the Ministry of Industry, Trade and New Technologies, the program was based around four strategic priorities: social transformation through information technology (IT), orientating public services towards users, computerizing small and medium-sized enterprises (SMEs), and developing the national IT industry.

As a result, the country has seen overall internet subscriptions grow by 300% in less than three years, OBG added.

3G subscriptions have been the main drivers for this rapid expansion, though demand for greater speed and bandwidth, particularly in the business sector, has also increased the number of ADSL subscriptions, which had slowed following the introduction of 3G technology in 2006, the source underlined.

According to the National Telecommunications Regulatory Agency (L’Agence Nationale de Réglementation des Télécommunications, ANRT), some 98% of all Moroccan businesses with more than 10 employees were equipped with computers in 2010 and 91% of those businesses had internet access, the think-tank said.

Developing IT in the business sector has been one of the country’s main priorities as it looks to develop its off-shoring industry, it went on, saying that the establishment of the investment zones of Casablanca Technopark (Casanearshore) and Rabat Technopolis are testament to the commitment to creating job growth and attracting investment into the sector.

Both Casanearshore and Rabat Technopolis are currently home to more than 100 firms, OBG said. 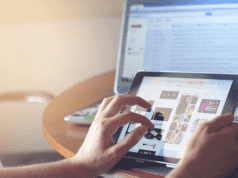