Egypt’s ruling military on Friday announced an overnight curfew in the area surrounding the defense ministry in central Cairo, after fierce clashes between troops and anti-military protesters there.

“A curfew has been imposed in Abbassiya square, around the defense ministry and the surrounding streets,” said General Mukhtar al-Mulla, a member of the ruling Supreme Council of the Armed Forces, in a televised address.

The curfew will be in place from 11:00 pm (2100 GMT) until 7:00 am (0500 GMT) on Saturday morning, Mulla said, warning that the armed forces will “decisively confront” any attempt to violate the curfew.

Fierce clashes in the Abbassiya neighborhood between troops and anti-military protesters left 59 people injured, according to the health ministry.

Egyptian troops fired gunshots in the air to disperse the protesters, and charged the demonstrators down side streets, firing birdshot and assault rifles amid chaotic scenes, an AFP correspondent said.

“All legal measures will be taken against those involved in the Abbassiya events, or those inciting them,” Mulla said. 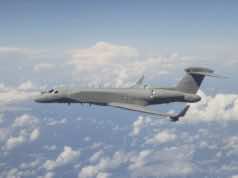