Partial results provided earlier by well-acquainted sources from the headquarters of the Socialist Party, suggest that Francois Hollande is leading in the presidential run-off election with 53% of votes against 47% for the incumbent President Nicolas Sarkozy.

All surveys conducted during the day had pointed to the victory of Hollande.

All the estimates were in line with previous opinion polls, which were banned from publication in France from midnight on Friday.

Joyful crowds were gathering in Hollande’s hometown of Tulle and in front of Socialist headquarters in Paris, as rumors of the result spread more than an hour before French media were legally permitted to publish results.

According to the French Ministry of the Interior, voter turnout is estimated at between 80 and 82%, slightly higher than the first round two weeks ago but less than in the second round of the 2007 presidential.

Francois Hollande voted this morning in Tulle, Corrèze, a department in which he was president of the General Council. On the other, hand Nicolas Sarkozy voted on Sunday morning in the 16th arrondissement of Paris, along with his wife Carla Bruni-Sarkozy.

Marine Le Pen, of the far-right National Front, announced that she would cast a blank ballot calling her followers to do so. Other left-wing parties and centrist candidate François Bayrou said they would cast their second-round ballot in favor of Hollande.

With his defeat, Nicolas Sarkozy becomes the first President not to win a second term after former President Valery Giscard d’Estaing. 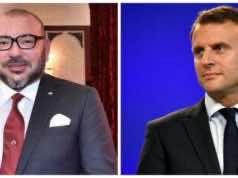