Spanish oil giant Repsol posted on Thursday a 3.5-percent rise in first-quarter net profit owing to higher oil prices and the resumption of production in Libya.

Net profit in the three months to March 31 was 792 million euros ($1.3 billion), up from 765 million euros during the same time last year, the company said in a statement.

If the results exclude the 51-percent stake in YPF which Argentina nationalised, Repsol’s net profit climbed 12.4 percent during the period to 643 million euros.

Repsol included figures excluding YPF in its results statement even though the unit had not yet been nationalized in the first quarter to show the impact of the Argentine government’s move.

Repsol said its first-quarter results were boosted by the fact that its operations in Libya had returned to their pre-war levels as well as by the rise in oil prices.

“The improved results are mainly due to the improvement of Repsol’s crude oil and gas realization prices, which increased 15.5 percent and 12.1 percent respectively, as well as the return to normality of activity in Libya,2 it said in a statement.

The company resumed its operations in Libya late last year after ceasing like other foreign oil companies in early 2011 for the duration of the country’s civil war. 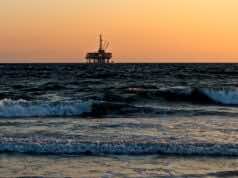