Morocco World News
Home Opinion Morocco: to Be Arab or Amazigh, that is not the Question

Sidi Ifni - The Amazigh movement is enjoying its long awaited heyday after the insurmountable struggles shown by various Amazigh militants to realize their principal objectives. Among these goals are the official recognition of the Tmazigh language and making the long-hidden Amazigh voice heard inside a state building, like the parliament where the Amazigh celebrity singer Fatima Tabaamrant made her debut in her mother tongue. Tabaamrant used Tamazight to raise her concerns over what she perceives as negligence by the State towards Amazigh people. 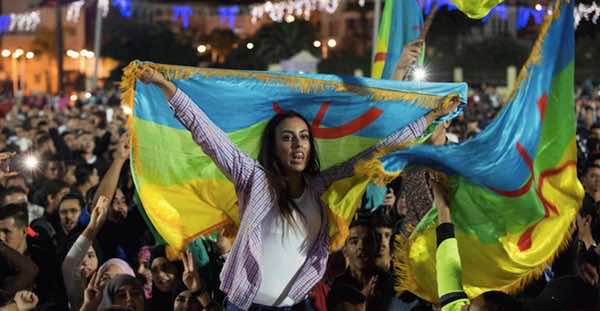 Sidi Ifni – The Amazigh movement is enjoying its long awaited heyday after the insurmountable struggles shown by various Amazigh militants to realize their principal objectives. Among these goals are the official recognition of the Tmazigh language and making the long-hidden Amazigh voice heard inside a state building, like the parliament where the Amazigh celebrity singer Fatima Tabaamrant made her debut in her mother tongue. Tabaamrant used Tamazight to raise her concerns over what she perceives as negligence by the State towards Amazigh people.

As an Amazigh man to the core, I have always endorsed the principles of the Amazigh cause and fought for them, but never to the extent of being a linguistic fanatic. It is principally because as a Moroccan citizen, I believe that there are other priorities of greater significance to consider and which mean a fortune to all Moroccans regardless of what language is their mother tongue, what culture they uphold and pride themselves in and what lifestyles they adopt in their everyday lives. The priorities in question range from housing, to education, to health, to pervasive poverty, to corruption, to the economy, and so forth.

Morocco, where the majority of people are Amazighs and Arabs, isn’t the first country around the world to have fought against alienation, estrangement, identity loss, mother tongue rejection and mass media ignorance. But the difference between some developed countries is that they wage war on the aforementioned problems with the nearly same fierceness they fight social ills, whereas we Moroccans still concentrate on what divides us rather than on what unites us, indulge in bringing up our supposed differences at meetings and forget about the social ills that we, Arab or Amazigh yet Moroccans, share in every Moroccan household.

Instead of focusing on what can make us a stronger nation, we take part in an endless, trivialized battle, and desist from the real battle: that of setting to put an end to the ills plaguing our beloved country.

Let us, for instance, discuss the paramount importance of education and see how the fact that we are still lagging behind in this field has a negative impact on us as individuals in that we turn a blind eye to our similarities. We only take greater delight in prejudices about our differences, among countless others, for instance, between Arabs and Amazighs that describe the former as cunning and the latter as stingy. It is here where we have been focused since independence.

If we had educated our children to value differences of all sorts, battles at universities between the Amazigh and the Arab wouldn’t exist. It is now self-evident that the battle that we Moroccan Arabs and Amazighs are either consciously or unconsciously engaging in emanate from mal-education. From time immemorial, good education has always supported the common good, which we, regrettably, fail to come up with as Moroccans. So, before discussing our differences at Amazigh/Arab meetings, let us first focus on improving our education all over Morocco.

Of greatest regret is that we don’t take into account what Islam, our religion, decrees with regard to our differences. Islam stresses that it never matters what language one speaks so long as each community respects the language of the other. What Islam stresses and lends ears to isn’t the fight for a particular language, but for the fight to bring about peace and a dignified living, to abolish poverty, to fight against corruption, to provide suitable housing for the homeless, to feed the poor, to set up orphanages, to educate people in the most appropriate manner possible, to create good working conditions for the unemployed, and to encourage marriage.

Every Moroccan, Arab or Amazigh, will agree and say that we all have these dreams in common. So, why should we not stress the dreams we have in common and leave the dreams we don’t have in common for another time? Here lies the crux of the matter. Fatima Tabaamrant and Ahmed Assid, among many other Amazigh militants, must all be thanked for making the Amazigh language what it is today and for bringing about the long-sought dignity of the Amazigh.

But Moroccan hearts, be they Arab or Amazigh, would hold them in more estimation if they had similarly fought for the blessings of life that Islam emphasizes. What these figures have done so far is by no means commendable. To use Amazigh issues at the expense of others of greater significance is not appealing to the broader public and would expose them to be perceived as taking advantage of this issue to gain popularity and recognition, at the detriment of the unity of the country.

Moroccans would, without a doubt, appreciate it more if leaders would do more in other humanistic fields and advocate the unity of Moroccans regardless of what language they speak.

Humanity comes first, and any battle fought must first set this virtue as a priority. That is why the Moroccan government must now do its utmost not to remind us of our differences, but to guarantee us the rights and causes we all have in common. They are undoubtedly dignified modes of a dignified livelihood.

To be Arab or Amazigh: that is not the question. The question instead is what you as a Moroccan citizen have done to Moroccans. The question is what the government has done to end the plight of the social ills plaguing Moroccans. I am not against preserving one’s language and therefore one’s identity. But the question is whether we Moroccans are still uneducated, homeless, corrupt, pessimistic, sad, dejected, improvident, and merciless to each other. And I must add that my identity is above all Moroccan, with all its components, for I know for fact that, after 14 centuries of coexistence and intermarriage between Arabs and Amazighs, no one can safely assert that he or she is purely Arab or Amazigh.

Moroccans have chosen a wrong battle that only leads them more astray. Their battle poses the question of who you are, Amazigh or Arab, Arab or Amazigh? This is not the question that Moroccans should ask and be making a fuss about. Let’s focus on what unites us as an old nation proud of its history and culture and lay the ground for building a better future for future generations.