Montpellier will be without midfielder Younes Belhanda for the rest of the season after the Moroccan was handed a three-game ban on Thursday for his involvement in a brawl during a Ligue 1 game on May 1, the French league said.

He was sent off in the 2-2 home draw with Evian Thonon Gaillard after a mass brawl and then turned on team mate Olivier Giroud for not taking an added-time penalty, which was missed by Souleymane Camara. 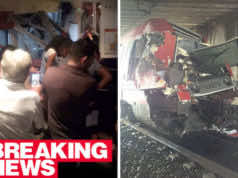